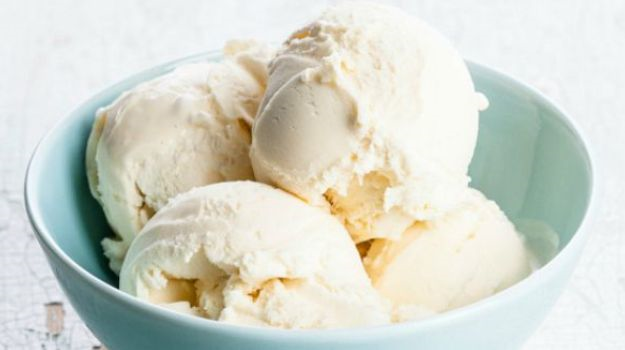 I hate being misled.

As a consumer, whether I am buying a shirt that claims to be linen, or whether it's a face cream, I like to know whether I am getting my money's worth. And it's no different when it comes to food.  So how do you think I felt when I got a carton of ice cream and in a small, inconspicuous corner, I see the label - frozen dessert. And it only got worse from there.

Today, in India, frozen dessert has taken over as much as 40% of the ice cream segment. Is that such a bad thing?

Before going into great detail, the big difference between ice cream and frozen dessert is this. Frozen desserts are made with vegetable oil. Also, this is usually the vegetable oil that we want to avoid in our diet like coconut oil or palm oil. Ice-cream on the other hand, is mainly made from milk and dairy fat.

To do a fair comparison, I randomly picked up a box from each - a frozen dessert and an ice cream carton. Here is what I saw.

Claim: Labels it as Ice Cream on the top of the carton.

Claim: The larger font says - Creamy Delights: Strawberry. In a corner on the side of the box, it says - Frozen Dessert.

For starters, the labeling is unclear. When you see the picture on the carton, you would think it is any ordinary ice cream.  Only when you turn it around to look for a title, you see a much smaller font, almost apologetic to be there, and it says - Frozen Dessert.

According to the Food Safety and Standards Authority of India, the definition of an ice cream, kulfi or softy ice cream means that the product is obtained by freezing a pasteurized mix, prepared from milk and /or other products derived from milk with or without the addition of nutritive sweetening agents, fruit and fruit products, eggs, etc.

Frozen dessert means the product obtained by freezing a pasteurized mix prepared with milk fat and/or edible vegetable oils and fat having a melting point of not more than 37.0 degree C in combination and milk protein alone or in combination/or vegetable protein products singly or in combination with the addition of nutritive sweetening agents.

So in theory, both brands are correct and are not trying to say they are something they are not.

There are many companies that are making both frozen desserts as well as ice cream. To get a get a better understanding of the product, I asked Mr Sapan Sharma, the General Manager of Hindustan Unilever Limited (HUL) on what he thought about the labeling, he was sure that they were following the guidelines and legal requirements laid down by FSSAI, when it came to size of font and placement of their label.

Fair enough, but one could argue that it's time that the FSSAI ensured that desserts do not camouflage themselves as ice cream, and the consumer is not left confused.

For every 100 gm of serving

According to Mr. Sapan Sharma, "Ice cream and frozen dessert give similar eating experience." But I am more interested in the nutrition aspect, so I cross question him on the nutritional value of vegetable oil.

His reply is, "Vegetable fat is more advantageous than dairy fat. Vegetable fats are not a direct cholesterol source. Palm oil or derivatives like mid fractions are healthier. Also, vegetable fat is amenable to making ice cream. Palm oil is very versatile, and helps give frozen dessert its smooth and creamy texture at -15 degrees."

According to India's leading nutritionist, Dr Shikha Sharma, "It has been proven by several research studies that palm oil is unhealthy due to its cholesterol increasing effect. It has been also seen that high consumption of palm oil can cause heart diseases."

"Do you use partially hydrogenated vegetable oils in your frozen dessert?" I ask Mr. Sharma.
Unilever's reply is that that they don't.

Lastly, there is the price factor. The consumer has no benefit as this frozen dessert is not cheaper than ice cream. This is despite the fact that dairy fat costs rupees 300 per kg while vegetable fat is rupees 50-60 a kilo.

Listen to the latest songs, only on JioSaavn.com
According to industry experts, the ingredients only make up 8 to 12% of the cost of the product. A lot is spent on other factors like R&D, designing product, the technology component, etc. So the price will not be altered due to the ingredients.

This issue has become a controversy amongst the players involved. The government has come up with a gazette notification amending the Prevention of Food Adulteration Act to allow the labeling of frozen desserts as "vegetable fat based ice cream" or "non-dairy ice cream". This has sparked off a fresh set of claims and counterclaims. Whichever way this row ends up, it's time we looked carefully at our labels. It's time consumers learn to read between the lines.