Ileana D'Cruz: Diet and Fitness Secrets of the Baadshaho Star

Ileana D'Cruz's Baadshao hits the theatres today. Baadshaho is set in the backdrop of the 1975 emergency, and Ileana's strong act is impressing her fans in the trailer. Ileana is paired opposite 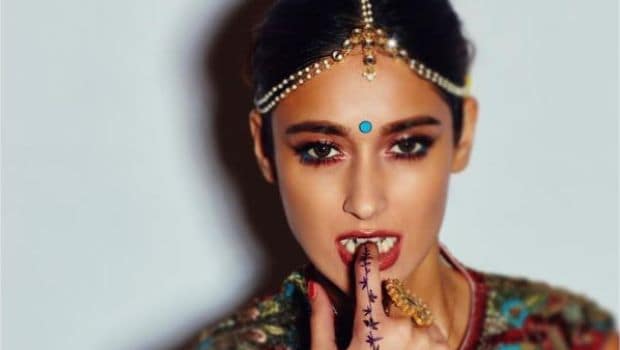 Ileana D'Cruz's Baadshao hits theatres today. Baadshaho is set in the backdrop of the 1975 emergency, and Ileana's strong presence in the trailer has already caught the attention of her fans nationwide. The actress is paired opposite National award winning actor Ajay Devgn in the movie directed by Milan Luthria. Ever since she joined the Hindi film industry with 'Barfi', Ileana has managed to charm all with her acting prowess and he eclectic choice of movies. Her positive and cheerful self is also reflected in her Instagram bio, which reads, "spread love, not hate". Apart from a booming career down south, the actress has created a niche for herself in the magnificent Bollywood film industry as well, with super hits like Rustom in the recent past.

Leaving aside her sheer brilliance in acting, the actress is often complimented for her glowing skin and slim body. The actress has been forthcoming and honest about all the issues she faced regarding her body image. Ileana believes she is unique and no one can question her individuality. We're born to be different and that's what the actress stands by.

Also Topic: (Get Kriti Sanon's Lean and Slim Look With Her Fitness Secrets)

So what is the secret behind her glowing skin and toned body? A keen propagator of the old school swimming regime, it is said that Ileana does not believe in gymming. The actress ensures that she remains fit by walking if nothing else. Pilates work wonders for her.

She is a foodie so her diet consists of four to five small meals in a day. She believes in balancing her diet along with her workout instead of completely giving up her favourite foods. She believes in moderation and indulges in healthy hydrating drinks like coconut water and so on.

Ileana posted a delicious picture of cake on completion of 5 million subscribers. We are drooling already.

One's mental health always has an impact on the physical health. Thus, maintaining a positive attitude at all times despite the circumstances that come your way is a must.

CommentsAlso Read: (How to Do Push Ups: Ladies, It's Time to Get the Most Out of This Classic Exercise)

Now that we're aware of the simple secret behind her enviable body, we could definitely work towards making the goal a reality and achieving Ileana's enviable glow.