Get Kriti Sanon's Lean and Slim Look With Her Fitness Secrets 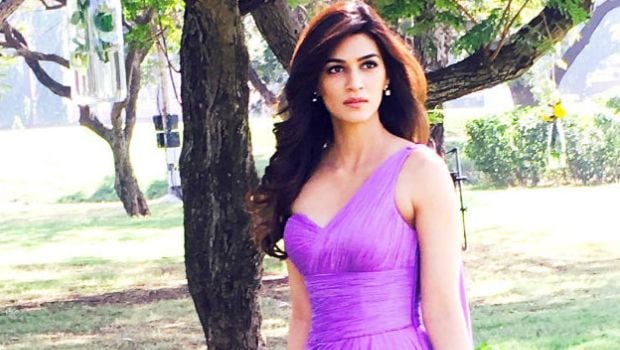 Highlights
Every one who enters the glitzy world of Bollywood hopes of working with the superstars and newcomer Kriti Sanon's dream seems to have come true rather quickly. Only two films old, Kriti managed to bag a role in the 2017 multi-starer, Diwale, that celebrated the reunion of one of favourite romantic couples - Shah Rukh Khan and Kajol. Diwale was Kriti's second movie, her debut being with Jackie Shroff's son, Tiger Shroff. Both young actors appeared on the big screen for the first time as a couple for the movie Heropanti in 2014. Since then, there has been no looking back for Kriti.

The actress will soon be seen opposite Sushyant Singh Rajput in Dinesh Vijan’s “Raabta”. The actress feels really attached to her character in the movie and with sheer dedication has conducted a better version of herself for the new role. She's learnt mixed martial arts and sword fighting to make herself appropriate for the high level action scenes in the movie. Kriti is doing an action film for the first time is very excited for the film despite the hardcore training she had to go through.

She took up pilates and weight training under the guidance of famous celebrity trainer Yasmin Karachiwala. While shooting for the movie in Budapest, she took lessons from an international fitness trainer, Edina. She loves her pilate sessions and no matter how busy here day has been, she makes sure she attends it. Known for her lean and slim figure, Kriti finds maintaining her 'ideal body' image a great challenge for which she opts for hardcore exercises and a strict diet plan.

Kriti Sanon’s workout and fitness regimeAs discussed earlier kriti emphasis on pilates training along with weight training which is a must for the kind of body type she possess. Pilates targets the core, arms, legs, glutes and the back. It also helps in increasing flexibility and inner strength. Boxing is also one of the physical activities she indulges in. She does weight training 4-5 times in a week and also likes doing kick boxing. Apart from these exercises, Kriti also loves attending salsa classes.

Kriti starts her day following the ancient tradition of drinking warm water with honey. For breakfast, she takes two eggs, two brown breads and a glass of fresh juice or protein shake. For lunch, she prefers two chapattis with brown rice and any vegetable or fish. For evening snacks, she sometimes takes a cup of corn with a protein shake. She stays away from spicy and fried food. Kriti is also very fond of fruits. She has salad with every meal for freshness and vitality. She doesn’t stick to a particular diet plan but believes in making healthy choices on a day to day basis. Kriti is a non-vegetarian and loves butter chicken. She even drinks green tea twice a day as a detox drink to flush out all the toxins.

Listen to the latest songs, only on JioSaavn.com
(Also read: 10 Juices You Must Have for Quick Weight Loss)