Indian Cities And Their Trademark Dishes You Must Know About

This Independence Day, we bring you a list of those places, which are known for their food; and we are sure, you'd love it! 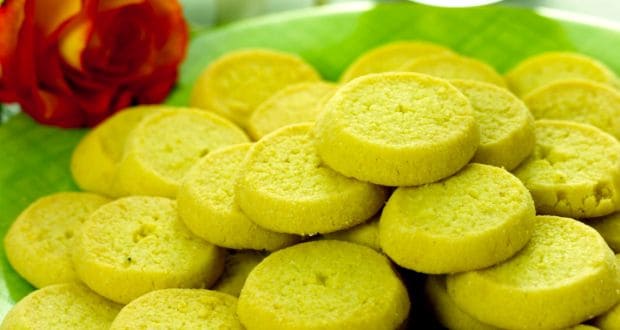 India boasts of an array of bright and beautiful cultures and so does its variety of delicious foods. Just like our culture, food in India has been influenced by various civilisations that have contributed their share to its flavours and tastes. What sets the Indian food apart from other international cuisines is the use of countless spices that make it highly desirable across the globe. While you may know of the famous Hyderabadi biryani, Delhi's butter chicken and dal makhani, Rajasthan's gatta and laal maas, Tamil Nadu's idli sambar and Punjab's Amritsari fish and naan, there are several other cities and states that boast of  local delicacies and desserts. The identities of these cities is deeply connected to their very famous dishes!

If there is anything that is as popular as the Taj Mahal in Agra, it has to be petha - the desi candy. Prepared using ash gourd, water and sugar, the soft and translucent treat is available in numerous flavour variants, including kesari petha and angoori petha. Did you know that petha originated during the reign of Shah Jahan some 360 years back? Interesting, isn't it?

From khasta kachori to pyaaz ki kachori, Kota is a hub for these savoury delights. Kachoris here are generally devoured as a breakfast meal and are served with pudine ki hari chutney and saunth or imli ki chutney. You can easily spot many tiny kachori shops crowded during the early hours of the day. Another popular breakfast option that is preferred by people in Kota is poha and imarti. The strange yet delicious combination is definitely worth trying.

Anybody who hails from Uttar Pradesh would know how delicious peda is. Prepared using mawa or khoya, milk, sugar and ghee, this melt-in-the-mouth sweet is also widely offered as prasad during festivals like Janmashtmi. Mathura is believed to be Shri Krishna's birthplace. Devotees tend to offer peda to the deity and serve it as prasad among friends and family.

Madhya Pradesh has a hidden gem in Ratlam, Ratlami sev, which are also available in different parts across the state. Ranging from masala laung sev to teekhi lehsun sev, Ratlami sev has a lot to offer for different palates. Made using besan and spices, this spicy namkeen goes perfect with your evening tea.

Bite into the creamy, sweet-tangy orange barfi, which is popularly savoured in Nagpur and other regions in Maharashtra. Made using khoya and oranges, this sweet delight is a treat for your taste buds.

Poha jalebi is one of the most famous breakfast options in Bhopal. It is the staple breakfast of Malwa region, especially loved by Bhopalis. One can enjoy a plateful of this savoury almost anywhere in the city. The reason Bhopalis love their poha jalebi combination is because it is a very light yet fulfilling breakfast; moreover, it doesn't burn a hole in your pocket.

This popular dessert is known to be prepared by frying fresh cheese balls, coated wheat flour, and caramelising it with sugar syrup - there, we see you slurping already!

If you are visiting Nainital and don't enjoy the bal mithai, have you even visited the place? Those with a sweet tooth must try this delightful sweet dish, which is a condensed milk sweet with fudge-like consistency and comes coated with tiny sugar balls. This dessert is found in almost all parts of Uttarakhand, especially Almora and Nainital.

Surati ghari is a sweet Gujarati dish that is made of puri batter, khoya, ghee and sugar, which is then given a round shape. It is also available in many varieties and flavours like pistachios, almond and mawa.

Bikaneri bhujia, also known as bhujia, is a crispy snack that is prepared by using moth beans and besan along with a host of spices. Originating from Bikaner, this spicy namkeen is widely savoured with tea. Nowadays, Bikaneri bhujia is available almost everywhere in India, especially the Northern part.

Lonavala is known for its chikki, which is made from jaggery, ground nuts and ghee. This sweet is widely eaten during winters, and the credit goes to jaggery that has heat producing properties, which helps you keep warm during chilly weather.

Talk about tea, Darjeeling tea is what comes to mind. It is available in black, green and oolong variants. When brewed, it yields a light-coloured infusion with a floral aroma.

Pandi curry is Coorgi-style pork curry, which gets its dark and rich colour from kachampuli (Coorgi vinegar) - it is a rich dark liquid extract of a fruit called kodampuli. It is also known as black vinegar that adds to the flavour.

The list doesn't end here; there are several other cities and states that boast of their specialties and we'd love to know them from you. Do let us know the trademark food of your town or city in the comment section below.