India to Buy Oilseeds from Farmers in Bid to Slash Imports 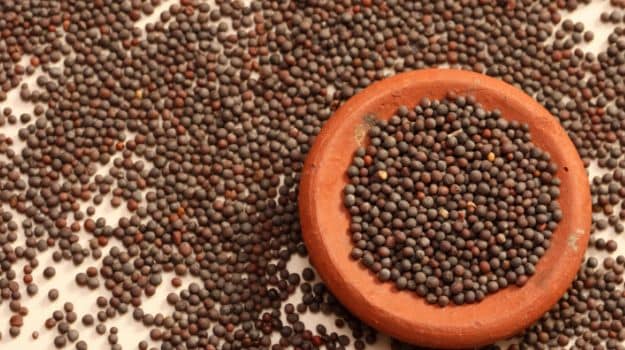 India is to buy oilseeds and pulses directly from farmers for the first time this year, in addition to its existing purchases of wheat and rice, to boost production and close a supply gap that has driven its annual import bill up to $12 billion.

India is the world's biggest consumer of edible oils and Prime Minister Narendra Modi wants to make it self-sufficient in five years. He has identified price support and guaranteed purchases as the best ways to achieve that goal, senior government sources told Reuters. He faces a huge challenge: India's consumption of vegetable oils has trebled over the last 20 years while production has increased by less than a third. As a result, imports have risen twelve times to 14.4 million tonnes.

"In our country we have big shortages of pulses and oilseeds," Modi said in a monthly radio address last Sunday, thanking farmers for growing more of the crops this year. "The poor want pulses, and some oil to cook vegetables." The state-run Food Corporation of India (FCI) has amassed huge stocks of rice and wheat - often double the level it says is needed to ensure security of supply - by ratcheting up its minimum support prices (MSPs).

Critics say its buying encourages overproduction and the policy has led to disputes in the World Trade Organization, with some member states accusing India of subsidising grain output and subverting international trade norms.

Output of oilseeds and pulses has, however, lagged demand by some distance, forcing India to turn to Indonesia and Malaysia to buy $10 billion of oils per year, and to Austria, Canada and Myanmar for $2 billion of pulses. Edible oil is India's third-biggest import item after crude oil and gold.

"Rice and wheat are two of our success stories, which illustrate that reasonably higher MSPs and a guarantee to buy produce will encourage farmers to raise production," said one of the sources. "That's what we've now decided to do for pulses and oilseeds."

The FCI will start buying in October, the sources said, with bigger purchases in March when farmers start harvesting winter-sown crops.

India introduced a price support mechanism for wheat in the late 1960s after crops failed. Support for rice soon followed and India has since become the world's top rice exporter and a steady shipper of wheat.

The government announces MSPs for 25 crops, but its prices for rice and wheat have increased more than for other crops in the past decade. In addition, the FCI only buys rice and wheat.
Mostly marginal and risk-averse Indian farmers - 260 million of them tilling plots smaller than 2 hectares (5 acres)- take their cue from the MSPs.

The pricing policy is seeing a shift now. For the current season, Modi raised rice prices moderately but gave a hefty lift to pulses. An over-reliance on protein-poor grain and shortages of richer foods such as pulses have been blamed for the deaths of 1.3 million malnourished children a year in India, data from the Food and Agriculture Organization and World Health Organization show.

"Our idea was to first ensure supplies of staples such as rice and wheat because countries like India and China can't afford to import basic foodstuffs," Food Minister Ram Vilas Paswan told Reuters.

"The world has surplus pulses and oilseeds for us but the world doesn't have rice and wheat for countries with more than a billion people. Having gained self-sufficiency in rice and wheat, we'll also pay attention to malnutrition."

Promoted
Listen to the latest songs, only on JioSaavn.com
India spends $20 billion a year to supply cheap rice and wheat to the poor, but 15 percent of its 1.25 billion people still go hungry because up to half the subsidised food gets stolen and sold on the black market, according to research groups.

There is a risk that thefts will rise if the FCI starts to buy oilseeds and pulses that need to be processed further to be sold, said Tajinder Narang, a farm policy expert.

Comments"I've my doubts about the success of the plan as FCI doesn't have the expertise to handle pulses and oilseeds," Narang said. "And before entering new areas, the government should first crack down on theft."
© Thomson Reuters 2015