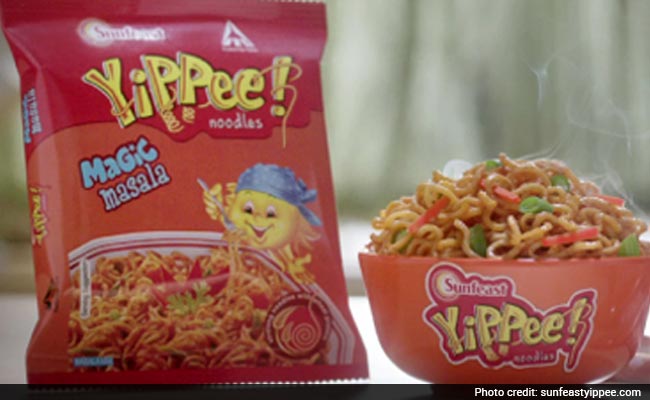 Diversified group ITC's instant noodles brand Yippee is inching closer to become a Rs 1,000-crore brand, making the most out of the controversy that hit rival Nestle's Maggi.

"Sunfeast YiPPee! as a brand is now in its fifth year post the national rollout... We are proud to say that Yippee Noodles is poised to enter the Rs 1,000 crore club in the ITC Foods stable," said VL Rajesh, ITC Ltd Divisional Chief Executive, Foods Division.

Explaining Yippee's growth pre- and post-Maggi ban, he said it was "growing at more than 40 per cent before the controversy broke out... (in June 2015), with all the competitors in the market."

"The controversy and confusion that prevailed adversely affected the whole industry. However, with our proactive inputs and innovative campaigns, we were the fastest to recover and then exceed our old sales levels," Rajesh added. The company's campaigns had focused on "worldclass product and manufacturing processes", he said.

Nestle had relaunched Maggi in November following a Bombay High Court order, which in August had lifted ban on the instant noodles brand imposed by food safety regulators. In June the company had withdrawn the instant noodle brand from the market. It had suffered a damage of 70-85 million Swiss Francs (nearly Rs 530 crore) due to the ban that lasted five months.

Promoted
Listen to the latest songs, only on JioSaavn.com
Exuding confidence of taking on the market leader in the instant noodles segment, he said: "We were gaining market share month-on-month even before the controversy happened and are continuing to grow even now."

In financial year 2015, ITC had a revenue of Rs 36,507.40 crore. For the first half of the fiscal 2015-16 ITC's net sales was Rs 17,310.23 crore, in which non-cigarette FMCG segment including branded packaged food business had contributed Rs 4,522.63 crore. When asked if ITC is planning to set up new manufacturing units for Yippee considering its growth rate, he said: "We will continue to invest in line with our ambitions in this category."

CommentsITC had launched Yippee noodles with a plant in Pune. It has now manufacturing facilities in Kolkata, Haridwar and Bengaluru.