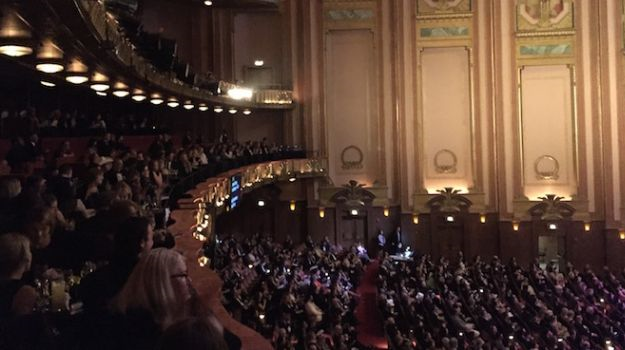 Ever since James Beard appeared on television’s first cooking show, food has been one of the most popular subjects in American broadcasting. James Andrew Beard was an American cookbook author, chef, columnist and television personality. He was a champion of American cuisine who taught many professional chefs and food enthusiasts. Coinciding with his Foundation’s 30th anniversary, the 2016 James Beard Awards honors the country’s top culinary talent and celebrates American cuisine.​ These prestigious awards are known as the 'Oscars' of the culinary world.

The 2016 James Beard Awards Gala, hosted by Carla Hall, took place at Lyric Opera of Chicago on Monday, May 2, 2016. New Orleans’ Shaya bagged the Best New Restaurant Award and Chicago’s Alinea received the award for Outstanding Restaurant. This award recognizes "a restaurant in the United States that serves as a national standard bearer of consistent quality and excellence in food, atmosphere and service,". Interestingly, only restaurants that have been open and running for 10 or more years are eligible to participate. The award for Outstanding Chef was won by Suzanne Goin of Lucques from Los Angeles. Here's a list of winners under various categories. Congratulations to all!

— Outstanding Restaurateur: Ken Friedman of The Spotted Pig, The Breslin and Tosca Cafe in New York

— Rising Star Chef of the Year: Daniela Soto-Innes of Cosme in New York

One of the many dishes on offer at tonight's #jbfa reception: barbecue from 2015 winner @FranklinBbqpic.twitter.com/NeBFX4Zsr5

Who's Who of Food & Beverage in America

Comments
With inputs from Jamesbeard.org