Considering her frequent spottings outside her gym, it is hard to believe that Janhvi is so open to indulging in all things fried, sugary and outright decadent. But as it turns out, Janhvi is quite a foodie! 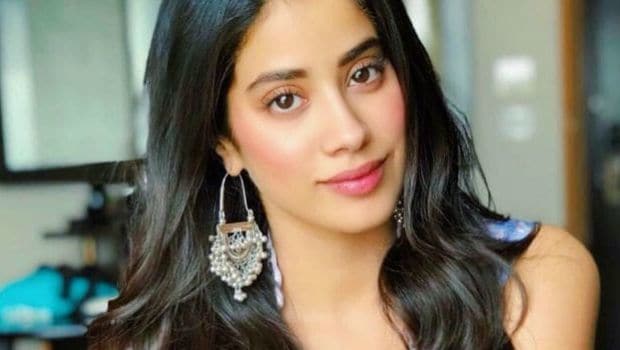 Actress Janhvi Kapoor, who is riding high on the success of Dhadak and her new found stardom in the film industry, recently flew to Switzerland with ace designer Manish Malhotra to shoot for a leading fashion magazine's autumn spread. While Janhvi's glam avatar is making all the right noises on the internet, the stunner is using some of those pictures to make memes on herself and her sheer love for food. Can she be more relatable, we think not!

One can see an emphatic Janhvi in a ravishing gold and pink  Manish Malhotra lehenga. The hilarious caption in the image read; "Foods on the table". Janhvi followed the Instagram story with posts of a lavish Mughlai spread of smoking hot kebabs, and melt-in mouth malai tikkas. Some milky, frothy and nutty Indian desserts followed suite and we are all drooling still. It seems like Janhvi has a special liking for rabri. Have a look!

Considering her frequent spottings outside her gym, it is hard to believe that Janhvi is so open to indulging in all things fried, sugary and outright decadent. But as it turns out, Janhvi is quite a foodie! While promoting Dhadak with co-star Ishaan Khatter she has never shied from admitting the same. In one of the interviews she revealed that she loved to explore the local cuisines of all the places they have shot in.  Laal maas and jalebis of Rajasthan and mishti doi of Kolkata found a special place in her heart.

Janhvi debuted in 'Dhadak' this year and won accolades from both masses and critics alike. She would be seen in Dharma productions' multi-starrer 'Takht', which is all set to release in the year 2020 with stars Ranveer Singh, Vicky Kaushal and Alia Bhatt in the lead.