Rajasthani Gulgula Recipe: Gulgula can be made very quickly and that too with some simple kitchen ingredients like wheat flour, sugar or jaggery, yogurt and fennel seeds. 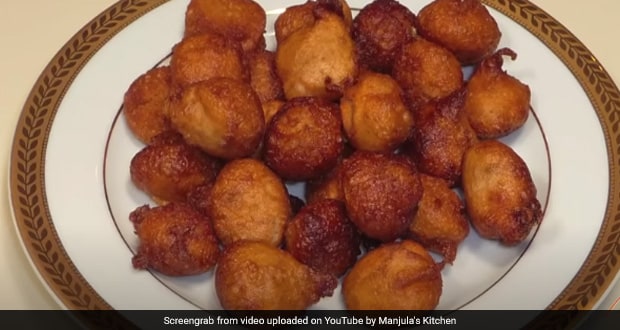 Gulgula Recipe: Satisfy your cravings for traditional Indian sweets with this recipe.

Amidst the lockdown and isolation situation nationwide, almost every person is seen indulging in cooking experimentation and other creative things. If we notice closely, people are experimenting not only with the regular home-cooked foods, but also with the food items, which we generally prefer having from outside (for example pizzas, chaats and momos). Keeping that in mind, here we bring you a recipe that will satisfy your cravings for traditional Indian sweets - sugary gulgula. Also called Indian mini donut, it is a traditional Rajasthani sweet.

Gulgula can be made very quickly and that too with some simple kitchen ingredients like wheat flour (atta), sugar or jaggery, yogurt (dahi) and fennel seeds (saunf). All you need to do is make a thick batter with all these ingredients and fry bite-sized gulgulas in oil.

It is said that gulgula is a must sweet treat in rural areas of Rajasthan during some festivals. Legend has it, the first mention of gulgula was in Parshvanatha Charit, which was written by famous writer and poet Vibudh Shridhar, during the Tomara Rule in Delhi. It can also be considered as a great finger food for the kids. The quick and easy recipe video of gulgula here is shared by vlogger Manjula on her YouTube channel 'Manjula's Kitchen' and will serve 24 to 30 gulgulas.

(Also Read: Make Traditional Bengali Channar Puli Sweet That Looks Like Gulab Jamun But Is Not Quite Like It)

Try this delectable Rajasthani sweet at home and let us know your experience in the comments section below.