Mahashivratri 2018: Why Milk Plays a Significant Role in This Festival

On Mahashivratri, various offerings are made to the Shivalingam. As part of Maha Shivratris Abhishekam, the Shiva linga, a signifier of Lord Shiva's abundant power is given a ritualistic bath. 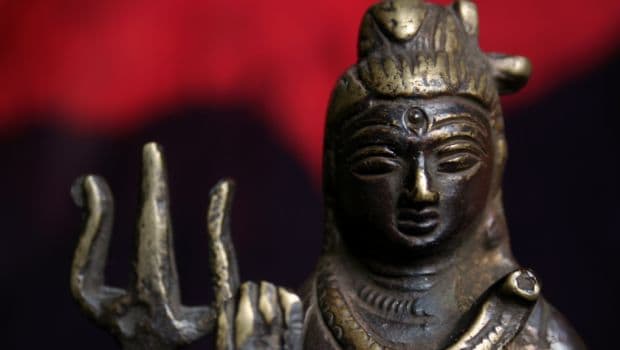 Highlights
Hindus all over India and abroad are celebrating Maha Shivaratri today. Mahashivratri, literally translating to the 'Great night of Shiva' is celebrated with great fervor by the Hindu community. Celebrated on the 13th night and the 14th day of February of Phalguna or Maagh according to Hindu calender, devotees wait for the auspicious day to appease Lord Shiva by praying, fasting and offering a bevy of fruits and flowers. The major Shiva temples like Mahakaleshwar temple in Ujjain or Somnath Temple in Gujarat witnesses an outpour of devotees often ranging in lakhs. Hindus also throng Varanasi to take a spiritualistic bath in the Ganges to redeem their sins and seek Lord Shiva's divine blessings.

In other parts of the country, people resort to other ways mentioned in holy scriptures to appease Lord Shiva. One such way is offering raw milk to a Shivlingam. The practice has been ingrained in almost every Hindu child who is a devotee of Lord Shiva, but what is the reason behind this age old practice?

On Shivaratri various offerings are made to the Shivalingam. As part of Maha Shivaratri’s Abhishekam, the Shiva linga, a signifier of Shiva’s abundant power is given a ritualistic bath. According to Shiva Purana on the eve of Maha Shivaratri, the devotees bathe the linga with milk, honey, ghee, curd, and sandalwood paste while chanting ‘Om Namaha Shivay’. Traditionally, bael leaves, which have to be a stalk with three leaves, are kept on top of the linga. Ber or jujube fruit is also given as a special offering to the God on this day.(Also Read: Mahashivratri 2018: Here's The Puja Timings and Puja Vidhi For The Festival​)

Mahashivratri 2018: Milk is important during this festival

The pagan God is believed to be an ardent lover of milk, which brings all his devotees together on the auspicious occasion of Maha Shivaratri with their abundant offerings of milk and fruits for their beloved deity. While the objective of pouring milk on the linga is an act of purification of one’s soul, other legends indicate that it is offered for its soothing effects on the hot-tempered deity.

During the Samudra Mathan episode in Hindu Mythology, the milk-ocean was churned in an epic arrangement where all kinds of productive herbs and potions produced was to be divided between Devas and Asuras. But the churning also threw a pot of deadly poison Kalakatoom, which had the power to wipe out entire creation. Sensing an imminent destruction, the anxious devas ran to Lord Shiva for rescue and on their behest he took the divine responsibility of saving everyone, and swallowed all the poison. Goddess Parvati pressed his neck so that the poison does not reach his stomach. Thus, it stayed in his throat neither going up nor going down hence his popular name, Neelkantha - the one with a blue throat!.

The toxic level of the poison was enormous, hence to calm down its impact, the Devtas performed Ganga Abhishek on Lord Shiva. The Milk Abhishekam done by Shiva devotees is believed  to be a symbolic representation of the epic episode helmed by the Devtas to express their gratitude to the mighty Lord Shiva.

The act of offering milk has opened a lot of contemporary debates which argue against the age-old practice, dubbing it as wastage of resources which could instead be put to use for the nourishment of underprivileged and needy. The believers have offered their own arguments to counter the claims underlining scientific basis of the practice.

Listen to the latest songs, only on JioSaavn.com
The Shivlingams made of stone, metal or clay are located in the most positive and pious place in the temple, emanating tremendous amounts of positive energy. When milk, which is believed to be one of the best conductors of positive energies, is poured on to the lingam, the flow of energies begin to concentrate towards the lingam, and the devotee becomes the receiver of the outflow for his closest proximity to the lingam. Regular chanting of Om Namah Shivay calms his mind, and tempers the tremendous energy that is emanated.

CommentsAlso, the lingam isn’t just a stone, it encompasses faith of multitudes across the world, therefore to preserve the lingam so that it doesn’t chip and break away like other stones, it needs a minimum amount of fat content. Various temple authorities claim to recycle the milk as charnamrita and prasadam to the devotees and poor children who throng the temples around Shivratri.