How Milk Can Benefit Your Brain & Boost Memory 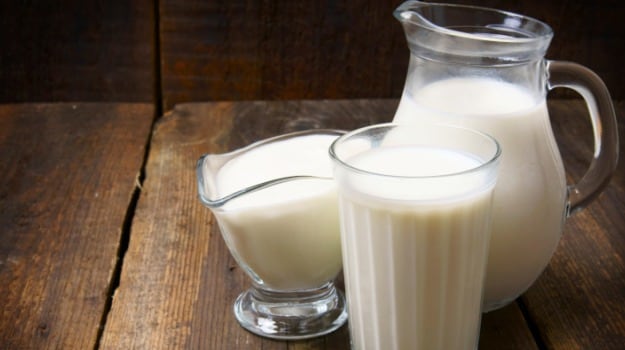 Milk has long been known as a valuable source of protein that helps to build healthy bones.The primary source of nutrition for babies and an essential during the growth years, milk tends to lose its importance as we enter into adulthood.  But here’s a reason to get back to what our mothers always told you –drink more milk!

A new research conducted at the University of Kansas Medical Center has found a link between milk consumption and the levels of the naturally-occurring antioxidant glutathione in the brain in older adults. The findings were published in the American Journal of Clinical Nutrition and they suggest that drinking milk could improve the functions of the brain.

(Why Raw Cow's Milk Is Better for Your Child)

For the study, 60 participants were questioned about diets and were made to conduct brain scans, which were used to monitor levels of glutathione, a powerful antioxidant in the brain.

(A Daily Glass of Milk Can Save Your Heart)

Researchers found that participants who had indicated they had drunk milk recently had higher levels of glutathione in their brains. This is important because glutathione could help stave off oxidative stress and the resulting damage caused by reactive chemical compounds produced during the normal metabolic process in the brain. Oxidative stress is known to be associated with a number of different diseases and conditions, including Alzheimer's, Parkinson's and many other conditions.

"You can basically think of this damage like the buildup of rust on your car. If left alone for a long time, the build-up increases and it can cause damaging effects." Sullivan says.

The recommended daily intake is three dairy servings -- or cups -- per day, Sullivan suggests. The new study showed that the closer older adults came to the recommended, the higher their levels of glutathione were.

According to Co-author In-Young Choi, "If we can find a way to fight this by instituting lifestyle changes including diet and exercise, it could have major implications for brain health."