Malaria and Zika: Can a Live Chicken in Your Bedroom Protect You From Both? 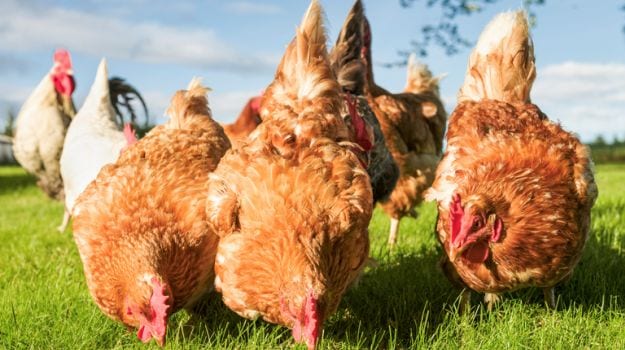 Next time you look out for a mosquito repelling ointment or feel suffocated by the smoke emitting from a mosquito coil, know that things could be much worse. Or bizarre, in the least. In an unusual discovery, Swedish and Ethiopian scientists have found that mosquitoes steer clear of homes which house a living chicken. The team also tried examining participants sleeping in mosquito-netted beds, but with the added presence of a live chicken, Live Science reports.

Anopheles arabiensis, the mosquito that transmits malaria, was found to actively avoid chickens - even just the smell of their feathers deterred the pests. Apparently the mosquitoes do not even have to see the chicken to be diverted. It is the smell alone that deters the mosquito from even going anywhere near the pungent source.

Prof Rickard Ignell, of the Swedish University of Agricultural Sciences, said, "We were surprised to find that malaria mosquitoes are repelled by the odour emitted by chickens. The difference between this repellent and ones on the market is that it acts on a very large scale. Most repellents only work after a mosquito lands on you, but we know that this can cut [mosquito] population by up to 95 per cent throughout an entire house," as quoted in The Telegraph. It is ofcourse unthinkable for many people to keep a live chicken in their house, even if it has this property. But this discovery could pave the way for chicken-smelling mosquito repellents that are more effective than others.

Prof Ignell shared the fact that this could also possibly help to prevent other mosquito borne diseases such as Zika. The study wasn't done on many different types of mosquitoes but inferences can be drawn. The discovery can be a precursor to paving way for tackling and treating mosquito borne epidemics better.

The research is reported in Malaria Journal.