Soba noodles are a quintessential dish from Japan and is a huge part of their new-year traditions. 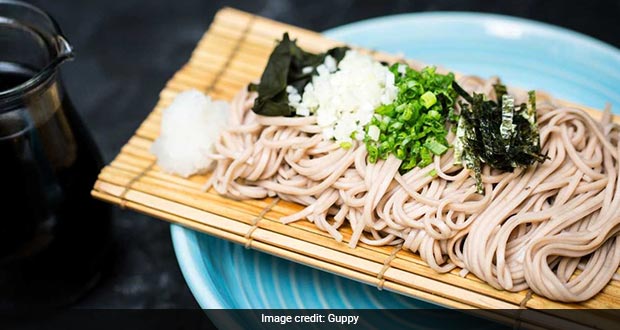 Can you resist a piping hot bowl of noodles? We simply can't! And given the huge amount of availability and variety across Asian countries, there's no escaping the much-loved street-style food. From simplest of dan dan noodles to hakka and to the popular bowl of ramen, noodles have taken over the globe like nothing else. In Asian countries like China and Japan, noodles have a lot to do with their traditions and culture. Did you know that according to ancient Chinese beliefs, long noodles represent a long life? Thus, if you cut your noodles before having them, in a way you are also cutting your life short. While the Japanese welcome the new-year by eating soba (buckwheat noodles) or Toshikoshi soba on new-year's eve to cut off last year's bad luck.

(Also Read: What Are Glass Noodles? What Can You Make From Them?)

There are various types of noodles in Asian cuisine and one of them is soba noodles. Only the ones who fancy Japanese cuisine would know about this type of noodle, while others may not have even heard of it. Soba is basically the Japanese name for buckwheat and are thin noodles made from a combination of buckwheat flour along with other wheat flour. They are usually served chilled and are traditionally eaten with a dipping sauce or in a hot broth. While you might think Ramen as the most popular Japanese noodle but you'll be surprised to know that Ramen originated in China, and soba noodles are native to Japan. Due to its versatility and nutty-earthy flavour, soba noodles are finding its way into a lot of summer salads in the western world.

1. The first step is to mix 80% of buckwheat flour with 20% of wheat flour. Soba depend son a lot on water. Make sure to add little by little of water to the mix to make round dough out of it in the shape of thick disc.

2. Now, the dough needs to be flattened completely, possibly with a stick and rubbing the loose flour over it for a perfect consistency.

3. It's time to hand-cut the noodles to spaghetti like strands. Fold the flattened dough and cut into thinnest possible strands using the cutter. Be careful while handling the strands since they are very delicate and might break.

4. Once the dough is formed, add the noodles to boiling water until they are cooked.

5. The dish is served with a small cup of broth or sauce that completes the noodles.

So you no more need to go to Japan to savour the deliciousness of soba noodles instead simply toss the buckwheat flour, make these noodles at home.