NRAI's Clarion Call To 'LogOut': Restaurateurs' Versus Customers' Reactions To The Campaign

NRAI had posted a tweet on August 14 that acted as a clarion call for restaurants to dissociate themselves from some leading aggregator platforms. 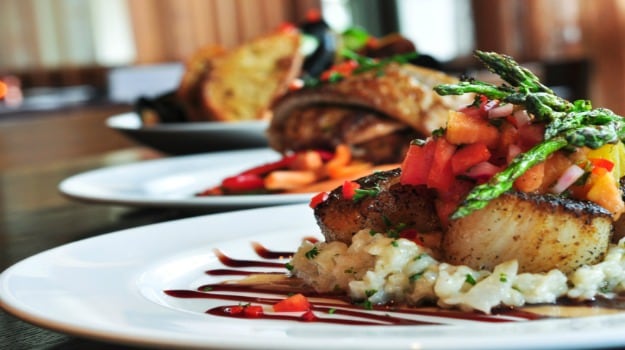 Online restaurant aggregators regularly offer huge discounts on food ordered from select restaurant partners to lure customers. The discount offerings while being successful in getting people to order more often were also being blamed for hurting the business of the restaurants. To break this cycle of deep discounts and offers, the National Restaurants Association of India (NRAI) started the 'LogOut' campaign urging restaurants to join in the protest. NRAI had posted a tweet on August 14 that acted as a clarion call for restaurants to dissociate themselves from some of these leading aggregator platforms. By Sunday, thousands of restaurants had responded by joining in the campaign, triggering worry of loss of business among aggregators.

NRAI had tweeted, "NRAI has come together to detox consumers from discount addiction. The move is being undertaken to protest against aggregators who have distorted a vibrant marketplace by aggressive discounting and predatory pricing. Restaurateurs, it's time to #Logout.#CozWeDeserve." So far, some 2,500 restaurants have logged off from online food delivery apps, according to a report by The Hindu Business Line.

NRAI has come together to detox consumers from discount addiction.
The move is being undertaken to protest against aggregators who have distorted a vibrant marketplace by aggressive discounting and predatory pricing.
Restaurateurs, it's time to #Logout.#CozWeDeservepic.twitter.com/bI8XUQ4MtX

Some of the biggest restaurateurs and restaurant chain owners in India joined in the campaign by voicing out there protests on their respective social media pages. Riyaaz Amlani, Zorawar Kalra, AD Singh and others extended their support for 'LogOut', demanding more sustainable business practices that were healthy for the restaurants as well. "Aggregators must work sustainably with restaurateurs who are hurting. #partnersnotpredators", Amlani, who is a former president of NRAI and the CEO of Impresario Entertainment & Hospitality Pvt Ltd, had tweeted. (sic)

Zorawar Kalra, Founder and Managing Director at Massive Restaurants Pvt. Ltd. also said commented on the issue: "In an industry with already razor thin margins the deep discounting being offered by some of the aggregators creates huge pressures on the industry. The adoption rates were high initially to get on to this aggregate of platforms due to competitive pressures and the fact that the picture shown was that of increasing the size of the industry. However, what sort started out as something that would increase footfalls to the restaurants and in general increase revenues and enhance the guest experience, has turned into massive discounts that render sales through these aggregators unprofitable. In many cases it ends up costing the restaurant to service these offers." Talking about the way forward, Mr. Kalra said, "We believe in a sustainable eco system whereby aggregators help increase the size of the industry in a sustainable manner by focusing on quality rather than discounting. Only then can restaurants and aggregator platforms jointly thrive."

AD Singh, Managing Director of Olive Bar And Kitchen Pvt Ltd also released a statement saying that all restaurants of Olive Group were 'completely and immediately' logging off from Zomato Gold nationally.

A statement on Zomato Gold from our founder @ADsinghOlivepic.twitter.com/OGm4yykH2s

Zomato Gold is a discount program where anyone who signs up can enjoy 1+1 on food and 2+2 on drinks, while eating out at certain partner restaurants. Zomato had also launched another discounts program called Infinity Dining, which allowed users to eat unlimited servings of any dish, at a fixed prepaid cost. Users and customers also reacted strongly to the campaign. A lot of people who had paid for the discount and loyalty programs did not support the move, while some others believed that it was valid.

Terrible move. I don't think anyone gets benefitted by this decision. Restaurants can choose not to be on these apps, but this cartelisation is not in sync with the eating out trend. Lot of us use apps to discover and try new restaurants, not just because there are discounts.

Your profit margins on ridiculously priced items is phenomenal. Even after a 1+1 you would probably make some money. You got footfalls and new customers. Why do you want to let go of all this? The trend of eating out has picked up because of this. Don't ruin things.

Hey @NRAI_India and others
Restaurants decided to sign up to the offers that @ZomatoIN and others had to offer to increase footfalls. Restaurants knew what they were offering. Wrong to pass the buck! Learn to reasonably price basic things like water and aerated drinks.

Finally you guys are doing your job, this move will be tough to execute but if it happens, it would be a great help the Restaurant industry.

Fully support. @ZomatoIN exploits sellers and makes it look like it is doing a favor to buyers at it's own expense, in the long run we get unhappy sellers and misguided buyers which is not good for market.

Zomato founder and CEO Deepinder Goyal had addressed the standoff by asking restaurants to stop the campaign and "have a collaborative discussion with internet aggregators for finding a sustainable way forward." Following this, there was a meeting between NRAI President Rahul Singh and some of the aggregators to resolve the issues. Singh in an interview with ET Now revealed that the 'LogOut' campaign was "not an agitation to say that this is a ban or a boycott. We're discussing it." He also said that the NRAI will be discussing the issue of deep discounts with aggregators over the coming days.