A day after Zomato clapped back to a customer for refusing to take food from a 'non-Hindu' rider, it faced flak for putting halal tag on restaurants. 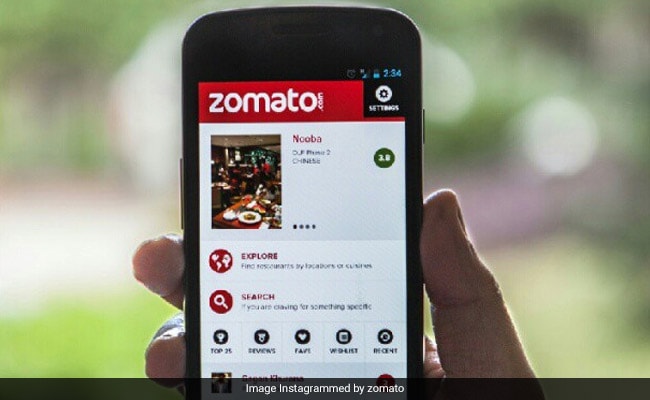 Food delivery company Zomato is known for its cheeky and witty tweets and posts on social media, which are credited with keeping their audience entertained and engaged. Recently, Zomato had made news for starting a viral tweet trend, which inspired other brands to follow suit. Zomato had tweeted, "Guys, kabhi kabhi ghar ka khana bhi kha lena chahiye (Guys, you should eat home-cooked food sometimes)", setting off the viral trend, which inspired similar tweets by many other brands. Now, the company has showed yet again, why it's considered way ahead of most other brands in terms of its social media game by giving an epic clapback to a customer who complained about his delivery agent being a 'non-Hindu'.

A Twitter user had tweeted to Zomato yesterday, saying that he had 'cancelled' his order placed on the delivery app, because the company had allocated a 'non-Hindu' rider for his food. "They said they can't change order and can't refund on cancellation I said you can't force me to take a delivery I don't want don't refund just cancel," said the user (sic). Zomato responded to the tweet saying, "Food doesn't have a religion. It is a religion." This simple yet powerful tweet by Zomato in its characteristic cheeky style won many people on the micro-blogging website. The tweet has now gone viral and has been 'liked' by 83 thousand users and the tweet also has thousands of replies.

The complaint tweet was later deleted by the Zomato user. Here's what he had tweeted:

Zomato's founder Deepinder Goyal had also weighed in on the incident by tweeting, "We are proud of the idea of India - and the diversity of our esteemed customers and partners. We aren't sorry to lose any business that comes in the way of our values." Soon Uber Eats, another popular food delivery platform joined in the conversation showing their support for Zomato.

Here are some tweets lauding Zomato for its response:

We are proud of the idea of India - and the diversity of our esteemed customers and partners. We aren't sorry to lose any business that comes in the way of our values. ???????? https://t.co/cgSIW2ow9B

Love when big organisations show spine and uphold the idea of India , these are trying times

Good going zomato. The customer is not always right and few organizations recognize this..you have won admiration and respect for your response.

A lot of people, however, pointed at the 'Halal meat' tag that Zomato has introduced for its restaurant partners and this tag then became an issue of discussion on twitter, where a lot of users called Zomato 'hypocritical'. Responding to this criticism, Zomato released a detailed statement explaining why it decided to put the tag for restaurants serving halal meat and also adding that they may soon be introducing tag for restaurants serving 'jhatka' meat. In the statement, Zomato explained that it was the restaurants that wanted the distinction and that the choice of food still rests with the customer:

The response came after a number of users responded to Zomato's tweet saying that they were uninstalling the app. Users reportedly started leaving 1-star ratings for the app, following the incident.