Restaurant fines you for wasting food. 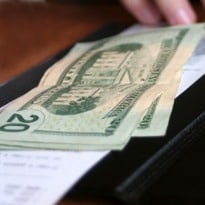 A French restaurant has come up with a unique way to reduce wastage of food - by charging a fine from customers who don't eat everything on their plates. Customers at the Patrizietta restaurant in Losone in the canton of Ticino face a fine if they don't lick their plates clean.

Promoted
Listen to the latest songs, only on JioSaavn.com
According to the 20 Minutes newspaper, for those who do not finish the whole meal an extra five francs is added to the bill. The restaurateur Giovanni Tafuro, who took over in April very soon became conscious of the amount of food being wasted through the lunchtime buffet, 'The Local' reported.

"I wanted to send a strong signal. It made me sick to see so much food being thrown out," Tafuro said.

CommentsThe fine came into effect from Monday and the customers are being fore-warned. Tafuro said the five-franc fine was symbolic, and he mainly wanted to raise awareness about the problem.