Sugar Tax: For Supporters, 2016 May be the Sweet Spot 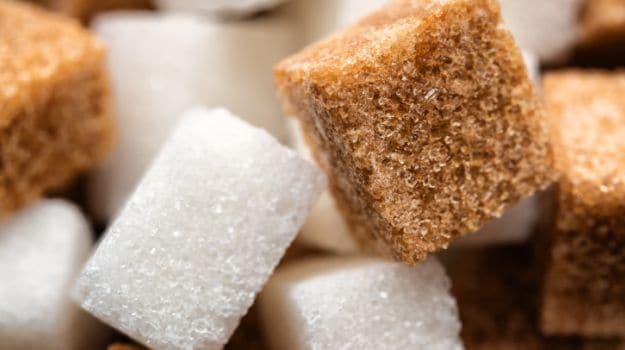 2016 could be the year of the sugar tax, as several large nations consider levies on sweetened food and drinks to battle obesity and fatten government coffers.

For years, public health advocates have called for such measures as one prong of an attack against a growing obesity epidemic that has fuelled rates of heart disease, diabetes and other illnesses, in both the developed and developing worlds. Supporters hope the taxes will raise the cost of high-calorie products and lead to a decline in consumption, in the same way that tobacco taxes have helped reduce smoking. Opponents say taxes provide no health benefits, unfairly target certain types of product, hurt jobs and burden the poor.

Scandinavian countries have had such taxes, with varying degrees of success, for many years, and in 2012, France and Hungary joined the list, followed by Mexico in 2014. But some public policy experts see them becoming more widespread, as nations seek to bolster their finances in an uncertain global economy and a new generation of savvy consumers is more concerned about health and less trusting of big corporations.

"This puts political leaders in a stronger position to enact policies such as taxes because the companies aren't considered unbreakable," said Kelly Brownell, dean of Duke University's Sanford School of Public Policy in North Carolina.

Now India, the Philippines and Indonesia have said they are studying similar levies while Britain debated the issue in parliament late last year and Prime Minister David Cameron said in January that he would not rule out a sugar tax.

Brownell said Mexico was a watershed given the popularity of soft drinks there. "The fact that they (drinks companies) lost in Mexico was pretty staggering," he said.Coca-Cola Co and PepsiCo, which dominate a global soft drink market worth nearly $870 billion in annual sales, declined to comment on the issue of sugar taxes. They referred questions to trade group the International Council of Beverage Associations (ICBA). ICBA Executive Director Kate Loatman said the bottler association in Mexico opposed the tax and "worked with lawmakers and the media to make the point that the tax would do nothing to improve public health".

Listen to the latest songs, only on JioSaavn.com
When asked about India, the Philippines, Indonesia and Britain, she said: "While we understand that there are discussions occurring in those countries, the bottom line is that taxes do not improve public health in any country."

The tax debate has focused on soda as health campaigners say they offer so-called "empty calories" with scant nutrition and that those who drink them do not feel as full as when they eat solid food like chocolate or candy and so do not eat less.

As a result, duties in some countries such as France cover only drinks, and in some other places where the tax is wider, such as Mexico, the levy on high-sugar food is less than that on drinks.

The Mexican tax, implemented in January 2014, was part of a  government policy aimed at improving the health of one of the world's fattest nations, where 70 percent of adults and 34 percent of children are overweight or obese.

It covered sugar-sweetened foods and drinks, the consumption of which had rocketed over the past two decades.

For example the average Mexican drank 728 eight-ounce servings of Coca-Cola Co's various drinks in 2011, up from 290 in 1991, according to a Coca-Cola company chart. That compared with 2011 averages of 403 in the United States and 92 worldwide.

In the first year after the 1 peso ($0.07) per litre tax was implemented, raising prices by about 10 percent, consumers on average bought 6 percent fewer soft drinks per month, according to research published last month in the BMJ journal. However, the decline accelerated over time, reaching 12 percent by December. There was also a 4 percent increase in purchases of non-taxed drinks, such as bottled water, the study found.

"The implementation of this tax in Mexico as a measure to prevent obesity and diabetes has positioned our country internationally as a leader in public health," the National Institute of Public Health of Mexico, an independent public health institution associated with the Ministry of Health, said in October.

But the impact on public health is a point of debate.

Tom Sanders, a professor of nutrition and dietetics at King's College London, said the level of decline seen in Mexico would be equivalent to a person consuming about one sugar cube less per day, or "a drop in the caloric ocean".

What is more, a 2014 study commissioned by the European Union found that while food taxes reduce consumption of the taxed products, consumers will often just switch to cheaper brands. And given how little empirical data is available, it said evidence was inconclusive about the extent to which such taxes could aid public health.

Nonetheless, Chile, Barbados and Dominica instituted taxes in 2015 and Belgium introduced one in January.

In India, a government-appointed panel has proposed a tax of as much as 40 percent on sugary drinks as part of a broader fiscal overhaul.

Coca-Cola India, which employs 25,000 staff, in December said the proposal would lead to a "sharp decline" in sales and that in such circumstances it would "have no option but to consider shutting down" certain factories and plants.

India and other developing markets have been key to soft drink makers, as their swelling middle classes buy ever more packaged goods. That has helped offset weaker trends in mature markets like the United States, where soda sales have fallen for 10 straight years as more people choose drinks they regard as healthier.

The proposal in the Philippines - which cleared a House of Representatives committee in November but still has a long way to go before passage - would see a tax of $0.22 per litre on soft drinks. That is three times as much as the Mexican tax and would certainly upset a high-potential market, analysts say.

To keep up with changing demand, drinks companies have also expanded line-ups of low-calorie drinks, which are often exempt from such taxes.

Companies in the United States have also removed full-calorie sodas from schools, put calorie labels on the front of drinks, and funded physical activity and nutrition programmes.

Mexico's tax was a crucial step because it was "a point of proof that it can be done and have an impact" on consumption, said Kelly Henning, who leads public health programmes at Bloomberg Philanthropies, the former New York City mayor's charity which helped fund the campaign that pushed for the Mexican tax.