Sweet Cravings: Why is it So Hard to Control? 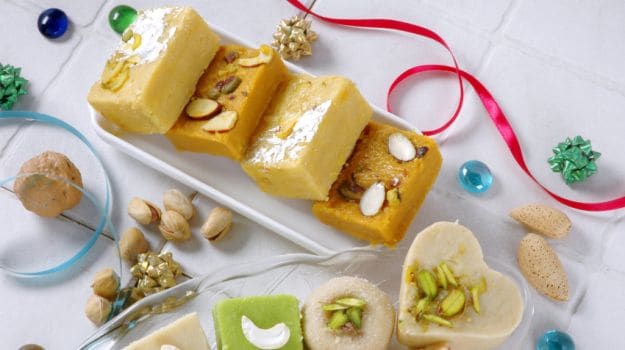 If you have a sweet tooth then you would stand by the fact that no meal seems complete without biting into a plateful of sweets at the end. Sweets and desserts work miraculously to lift the mood and bring in the feeling of happiness. But this very habit of having something sweet at the end of every meal, or biting into a bar of chocolate when your day is not going too well can also turn fatal to your health if not done under moderation. After all, excess consumption of sugar can lead to various ailments, including diabetes.

It all comes down to eating habits at the end of the day, and that is what we all need to pay attention to. A new study reveals that a habit leaves a lasting mark on specific circuits in the brain, pushing us to feed our cravings. The study elucidates how habits like sugar and other vices manifest in the brain and refuse to take leave. So if your sweet cravings are more frequent than ever, it may just be becoming a habit.

"One day, we may be able to target these circuits in people to help promote habits that we want and kick out those that we don't want," said Nicole Calakos, an associate professor at the Duke University in North Carolina, in the US.

An addiction to one thing can make a person more likely to engage in other unhealthy habits or addictions as well, the findings revealed.  The researchers trained otherwise healthy mice to form sugar habits of varying severity, a process that entailed pressing a lever to receive tiny sweets.  The animals that became hooked kept pressing the lever even after the treats were removed. The researchers then compared the brains of mice that had formed a habit to the ones that didn't.

In particular, the research team studied the electrical activity in the basal ganglia -- a complex network of brain areas that controls motor actions and compulsive behaviours, including drug addiction -- of the mice. In the basal ganglia, two main types of paths carry opposing messages were found: One carries a 'go' signal that spurs an action, the other a 'stop' signal, the researchers said.

Promoted
Listen to the latest songs, only on JioSaavn.com
Experiments revealed that the stop and go pathways were both more active in the sugar-habit mice, the findings published online in the journal Neuron, showed.  For more ordinary bad habits "simpler, behavioural strategies many of us try may also tap into similar mechanisms", Calakos added.

Researchers are exploring how this method can be translated into help for humans with bad habits. A study is underway to detect the possibility of treating drug addiction using transcranial magnetic stimulation or TMS -- a noninvasive technique that uses magnetic pulses to stimulate the brain, Calakos said.