Hariyali Teej 2020 is just around the corner and married women in northern states of Rajasthan, Haryana, Uttar Pradesh and Bihar are getting ready to celebrate the Hindu festival. 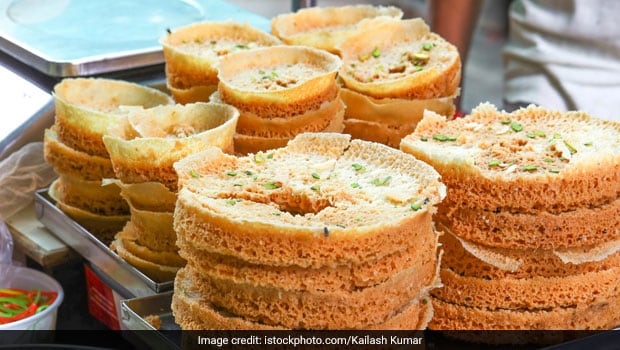 Hariyali Teej is celebrated across north Indian states with much fervor.

Hariyali Teej 2020 is just around the corner and married women in northern states of Rajasthan, Haryana, Uttar Pradesh and Bihar are getting ready to celebrate the Hindu festival. The festival is an important one for the Hindu community and typically falls in the month of shravana, according to the Hindu calendar, or the month of August, according to Victorian calendar. The word 'Hariyali' in the name of the festival is indicative of the presence of greenery during the monsoon months. The three-day festival is celebrated to mark the reunion of Goddess Parvati and Lord Shiva, who are often considered the ideal husband-wife, among people of the Hindu faith. The festival is considered symbolic of happiness and prosperity among married couples and is characterised by prayers for the spouse's long life, the well-being of the children and the family's overall wellness. One indelible part of the festival of Teej is the intensely sweet and rich and deep-fried dessert ghevar.

Ghevar is one of the richest Indian sweets

Ghevar hails from the state of Rajasthan and the honeycomb-like sweet is usually available as huge rounded desserts, which are sold in large numbers around Teej and Rakshabandhan. The sweet is light and spongy to the touch, but it is completely opposite in taste. It is one of the richest Indian sweets out there as it is made from deep-fried refined flour, which has been cooked in pure desi ghee and then soaked in sugar syrup, until the syrup penetrates through. Taking the richness of the sweet one step further is rabri or sugar-sweetened coagulated milk cream, which is often placed atop the ghevar, giving birth to the very personification of sinful indulgence- malai ghevar. Completing this dish is a garnishing of chopped dry fruits and nuts, as well as super thin flakes of silver varq or chandi ka varq.

Significance Of Ghevar For Teej 2020

During the time of Rakshabandhan and Teej, a number of confectionaries and sweet shops across the country are crowded with customers wanting to buy ghevar for the planned festivities. Malai and mava ghevar are among the most popular ones. This is because preparing a ghevar involves mastering the technique of pouring the batter in a particular manner into the ghee for frying. This process is essential for ensuring the porous, honeycomb structure of the sweet and only professional halwais or sweet-makers are able to master this technique.

Ghevar is a sweet that is central to the Rakhi and Hariyali Teej celebrations. In Rajasthan, during Rakshabandhan, when the newlyweds visit the bride's home for the first time, it is customary to carry boxes of ghevar for his in-laws. It is interesting to note that ghevar seems to be only available during monsoons, because there is a degree of moisture that is essential to give the ghevar its spongy texture. If you're feeling a bit adventurous and feel like experimenting with ghevar flavours, you may want to opt for the mango and chocolate ghevars that have also started making appearances in sweet shops now.

Make Coconut (Nariyal) Barfi With Bread In Just 15 Mins - Watch Recipe Video
Chocolate Samosa Inside Pav Is The Latest Viral Food Combo. Would You Try It?