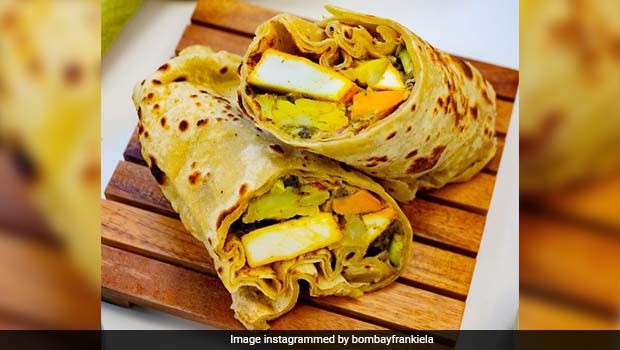 Indian food has been the toast of the food world for quite some time now. The rise in popularity of desi dishes has become apparent with more and more Indian food restaurants cropping up around the world. There's a lot of interest in Indian food and cooking techniques as well and Indian restaurateurs abroad seem to be riding this wave by getting westerners hooked to Indian flavours and dishes. Take for example, The Bombay Frankie Company that is being celebrated as one of the best places to get Indian food at, by a number of publications big and small. What's unique about this restaurant? Apart from the fact that it has popularised its own version of the much-loved Mumbai street food frankie in Los Angeles, what's interesting about the eatery is that it's run from inside a gas station!

The Bombay Frankie Company is a small eatery that has given LA the taste of the 'Indian burrito' that is prepared using a number of different stuffings of desi meat and vegetarian favourites. On the frankie menu, you'll find chicken tikka, chicken tikka masala, tandoori paneer, shahi paneerand even aloo gobhi and chana masala. You can take your pick from among these stuffings. The menu on the website says that the frankie is prepared by adding jeera aloo, crisp cucumbers, chopped tomatoes and red onions, mint chutney and raitain the stuffing, and is topped with a tamarind drizzle. The stuffing is wrapped in a thin naan bread, which is also prepared in a live tandoor in-house and the frankie is served with raita (spiced beaten curd) as an accompaniment.

Also Read: Ayurvedic Ice-Cream Anyone? This Indian Restaurant In New York Is Famous For Its Handmade Ice-Creams

Our #FishTikkaFrankie Burrito delivers all the love of our Fish Curry Bowl wrapped in #Naan! Will this be your treat this #TreatYourselfTuesday?

Although this seems to be slightly different from the frankie that you'll find on the streets of Mumbai (the original one has a maida or refined flour wrap that has a thin coating of omelette inside), many locals have confessed to loving this 'Indian burrito'. The place has become a go-to restaurant for Indian food lovers in the city, who regularly flock to the eatery to get their fill of some authentic Indian food. Also on the menu at The Bombay Frankie Company are delightful Indian favourites like saag (slow-cooked spinach curry) and saag paneer (saag with cooked cottage cheese), and yellow and black dals. They also serve potato samosas, fish pakoras, papadoms, besan (gram flour) fries, as well as mango lassi and chai.

Also Read: Love Kathi Rolls And Frankie? Read On To Know The Difference Between The Two

So the next time you're in Los Angeles and find yourself craving some delicious Indian food, The Bombay Frankie Company is probably where you should head to.