Top of the Chart: 3 Best White Wines from Portugal 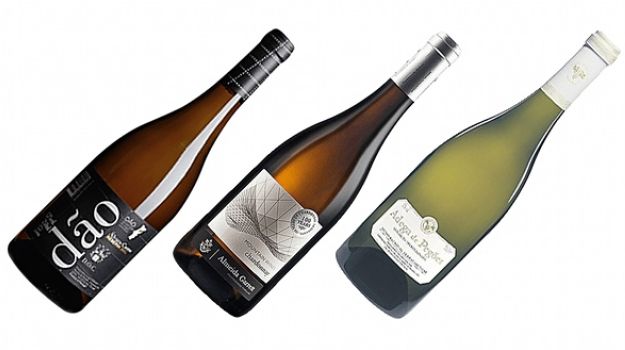 It’s known for fortified wines and deep, dark reds but these days Portugal’s whites are well worth a try.​

Adega de Peg"es Colheita Seleccionada, Set"bal, Portugal 2014 ("£6.75, The Wine Society) Portugal does so many wine styles so well, from two of the world's great fortified wines in Madeira and Port to the deep, dark reds of the Douro valley, Bairrada and D"£o. It never used to be all that good at whites, but these days it's rare that I go through a week of tasting wine without finding at least one idiosyncratic, slightly quirky, and superb value Portuguese white discovery. From a co-operative in Set"bal, south of Lisbon, this is the latest. It has a dollop of chardonnay to go with a trio of local varieties, and a savoury seriousness to go with its ripe orchard fruit.

Almeida Garrett Mountain Chardonnay Beiras Interior, Portugal 2012 ("£7.99, Averys of Bristol) Most of my favourite Portuguese wines are made from local grape varieties. Portugal's winemakers seem to do a better job with their own grapes; they're more adapted to the local soils and climates. There are times when the distinction is blurred, however. Almeida Garrett's chardonnay vines have been planted in the Serra da Estrela mountains in central Portugal for 100 years. Enough time to make those vines honorary locals " and provide the kind of tension, balance and richness that would cost considerably more if it had a Burgundy village on the label.

Alvaro Castro D"£o Branco, Portugal 2013 ("£10.95, Noel Young Wines) Whether they're working at their own Quinta de Saes or Quinta da Pellada labels or in conjunction with superstar Dirk Niepoort from the Douro, Alvaro Castro and daughter Maria are behind a number of Portugal's best wines. Even their basic reds (such as Outeiro, "£10.99, Quaff Wines) have elegance and freshness. The Quinta de Saes Reserva Tinto 2012 ("£20.99) adds Bordeaux-like minerality to the dark fruit. Their whites offer richness of texture, shimmering concentration and wet-stone minerals, as is the case with the D"£o Branco blend of the local encruzado, malvasia and cerceal with its rippling apple, pear and peach.