The popularity of the vegan diet has been on the rise for some years now. Here are some of the top Bollywood heroines who are vegans or vegetarians! 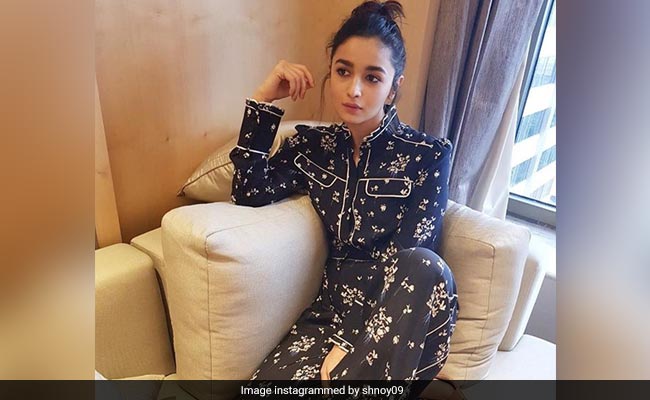 Highlights
The popularity of the vegan diet has been on the rise for some years now. A lot of celebrities around the world, including film stars, politicians, TV hosts and celebrity chefs and nutrition gurus have been singing praises of the diet. Veganism evangelists have been arguing that the strictly plant-based diet is good and naturally suited for the human body. Although veganism remains a lifestyle of the few who can afford to live dairy-free, vegetarianism is a lot more popular, especially in India.

A diet that includes meat and dairy is more widely acceptable as it's cheaper and more convenient to follow. However, plant-based diet has been touted as one of the biggest food trends of 2018. The traction that the vegan and vegetarian diets have got; all thanks to the star power behind it.

Here are some of the biggest and most popular female Bollywood actors who are either vegans or vegetarians:

1. Anushka Sharma
Anushka Sharma famously switched to a vegetarian diet, thanks to her cute dog Dude. Talking about this major lifestyle change, Anushka said in an interview, "It was difficult for me to turn vegetarian, but it was a conscious choice I made." She added by saying that she didn't fall sick as often as earlier ever since she switched to vegetarian food.

Anushka Sharma famously switched to a vegetarian diet, thanks to her cute dog Dude

2. Alia Bhatt
Chirpy beauty Alia was named as the hottest vegetarian by PETA last year, along with Rajkummar Rao. Alia switched to vegetarianism in 2015 and has admitted to feeling 'lighter, happier and cooler' after the diet change.

3. Richa Chaddha
Richa Chaddha is a staunch advocate of the vegan lifestyle and has also collaborated with PETA to launch a campaign to persuade people to make the switch. She switched to veganism in November 2014 and also wrote an editorial arguing that 'human dentition pattern and anatomy is actually better suited for vegetarianism.'

4. Sonam Kapoor
Sonam Kapoor had been a vegetarian for many years, before she decided to ditch dairy in 2017 and she now enjoys a vegan lifestyle. The beauty stated that compassion towards animals was the reason that she made the decision to go vegan. However, she has a much more balanced view on dietary needs and choices, urging people to get their nutrients from foods that are accessible and available to them, instead of blindly following a particular diet.

Sonam Kapoor had been a vegetarian for many years

5. Jacqueline Fernandez
Jacqueline has been on a meat-free and dairy-free diet for several years now. She is a firm believer of a clean and wholesome diet and loves organic food. Fernandez even started a restaurant in Mumbai to serve people sumptuous and healthy vegan food. The Sri Lankan beauty has also been known to have asked her family, friends and fans, persuading them to take to eating vegan food.

6. Sonakshi Sinha
Sonakshi Sinha famously lost a lot of weight after going vegan. Sinha admitted that she had seen her metabolism improve ever since she started following the diet. Her love for animals and a wish to see a world free of animal cruelty persuaded her to make the switch.

7. Kangana Ranaut
Kangana was a non-vegetarian until 2013 when she completely revamped her diet to exclude meat and dairy. She confessed that she hadn't realized until then, that dairy was giving her acidity. Ranaut revealed in an interview that she had learned to cook South Indian dishes as they have a lot of vegetarian options and dishes that are cooked in coconut milk. She admitted that she felt superb after making the switch and that it had 'calmed' her down.

Kangana was a non-vegetarian until 2013 when she completely revamped her diet.

CommentsGoing vegan is hardly a cake walk, but if we believe these celebrities, it's worth all the effort. However, it's also important to make sure you have the proper know-how and are equipped with all the facts about a vegan diet, before making the switch.