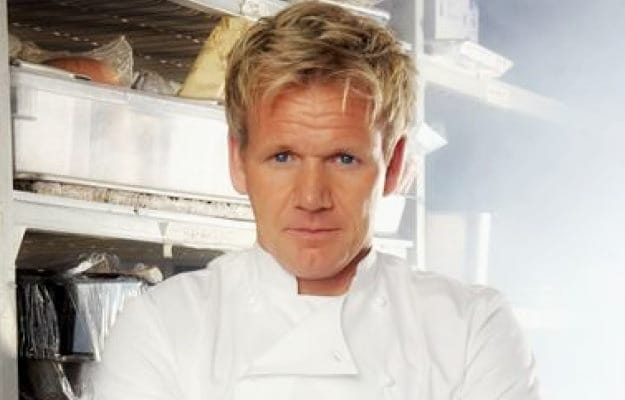 Highlights
Chef Gordon Ramsay is hard to please. Those familiar with shows like MasterChef, Hell's Kitchen or Kitchen Nightmares are well aware of his love for good food and trolling those who fail to appease him. Amateur chefs and food lovers across the globe were exhilarated to share their culinary experiments with Gordon Ramsay, what followed is something that is cracking up the world of twitter. Gordon Ramsay has been seen criticizing the dishes shared with him by people from all over. While some of his replies are funny others are borderline brutal and hard to digest. Take a look:

How to screw up cream eggs.... stick them on a pizza Martin you should be ashamed.... https://t.co/GlkWNcGELY

What would @GordonRamsay say about #creameggs on #pizza tho! pic.twitter.com/pQZlOXI59j

@GordonRamsay what do you think of this hospital dinner? pic.twitter.com/OXhfmr9QfK

Looks like you'll need a straw to drink it.... https://t.co/wjKuOZOvWP

@GordonRamsay what do you think to the lasagne my wife "cooked" pic.twitter.com/rPmvdtXlfp

Looks like your chicken has rolled in crap..... https://t.co/YyyXaOhpdd

Looks like your eggs have been fried for 2 weeks... https://t.co/NvRpwjqrho

@GordonRamsay hey how about this fried rice, I've been waiting for ur answer Master pic.twitter.com/A7d3Uq5DE1

Twitter was outraged when an Indian twitter user shared a picture of medu vada with Gordon Ramsay and asked for his opinion.

Chef's reply sparked a trail of reactions from all over the country with many people suggesting that he accidentally disrespected one of the favourite delicacies of South India.

@GordonRamsay The food looks normal plate of Vada, Sambar and chutney. Unless you mean normal Indian food is only good for prison.

@GordonRamsay If you know how it tastes, you'll either learn how to cook it or commit a crime to get into that prison.

@handlewid_care@GordonRamsay You new to Gordon? People tweet him food pictures all day just to see what insult he will come out with.

@GordonRamsay@HoeZaay Watch out man, that's everyday food for half of southern India!☺

@SlobKebab@GordonRamsay@HoeZaay Not just south India it is loved all over India! @GordonRamsay

Rameez, the Mumbai-based twitter user, whose Medu Vada became the talk of the town, was rather humbled by all the international attention. He tweeted:

@Dorkstar Dal Vada has never been acknowledged on SM by a famous foreign chef. Contest over

Dare to share your culinary gems with Gordon Ramsay? Share with us your comments and what you think about the above mentioned episode.