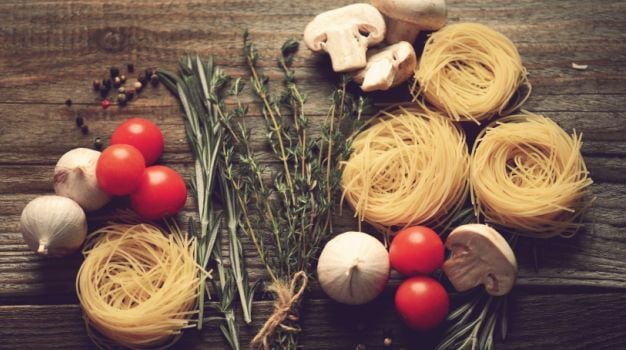 Food is judged on various parameters. Amongst others, its taste, balance of flavours, presentation and plating, portion size, pricing and of course, its authenticity. While some of these are subjective and some are objective, the one variable that invariably finds itself in most food reviews is "this is as authentic as it gets". The question is, is it?

On my recent trip to Mumbai, I met up with Michelin Starred Chef Atul Kochhar and posed this question to him. The topic was close to his heart as the food he serves in his latest restaurant NRI is the version that has been created by people who took Indian dishes to other countries and altered them there. Atul's clarity on the subject was refreshing. He stated simply, "I believe, authenticity is time-bound". "What I ate growing up is what I feel is authentic, but my children eat another version of it today. And to them tomorrow, this very version will be authentic, the yardstick to which they will measure anything else". There's an idea. Authenticity is time bound.

We posed this question on Twitter for a quick dipstick survey.

The Great Debate: Do you prefer the authentic dish or its Indianized version? #Poll#TellUs#Food#foodie

People were fairly certain that authentic is king. We further probed by asking would you prefer your greasy hakka noodles or a healthy oriental stir-fry. Probing gave us a peak into the hearts of Twitterati as we got comments like the below:

@NDTVFood hakka #noodles is my comfort food :) it should be spicy n tasty..not really bothered about authenticity #poll#food

@NDTVFood Indianized version, anyday. But if its fries, anything does justice. :P

I can enjoy any food but as long as i can add green chili chutney. https://t.co/xgqeuoVdm1

Yet, some followers swayed both ways:

@NDTVFood Authenticity is great but that doesn't mean you can't add your own twist. Do it, as long as the principal flavours are intact. :D

@NDTVFood Some modifications to suit one's palate are acceptable, as long as it doesn't take away the ID or USP of the original! #foodpoll

"Change is the only constant".

As a food lover and a food critic, for me it is the flavour that reigns supreme. If we define the 'authentic dish' as the one which was created the first time (and who is to know), there is a reason it has undergone transformation many times over. The Indian palate, for example, is more tolerant to heat from chillies and other spices. Thus, what would be typically served in a Western country may perhaps be 'bland' to our palate. There is no right or wrong. It does not make our palate 'not as advanced'. It only means that we prefer those flavours. Take pasta for example. As much as I love the flavour of a good freshly made pesto, I prefer my pasta dishes to be a tad saucier than they are originally (?) supposed to be. Some variables are untouchable- Good produce reigns, as does flavour and what you do to enhance the flavour. As far as authenticity is concerned, let's just say I'm not losing my sleep over it just yet.

MasterChef India Judge Chef Kunal Kapur Gets Candid
Why Were We Always Told to Eat Something Sweet Before Leaving the House?