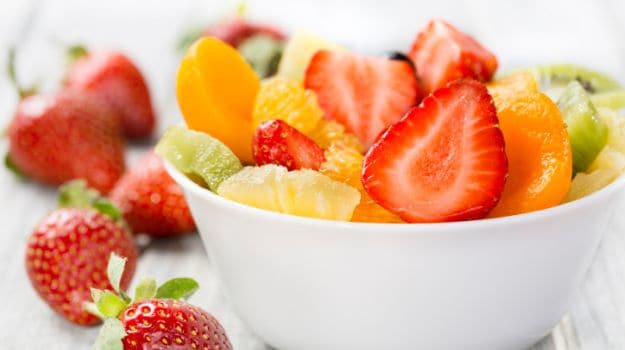 Scientists have found that simple and inexpensive ultraviolet light technology can kill food-borne pathogens on the surface of certain fruits such as apples and pears.

After learning from organic farmers and food processors about a lack of sanitizing options, Washington State University food safety specialist Shyam Sablani and his colleagues looked into alternatives and decided to explore Ultraviolet C (UVC) light. It has a shorter wavelength than ultraviolet A or B light. "UVC radiation is present in sunlight; however, it is completely absorbed by the ozone layer and Earth's atmosphere," Sablani said. "It has germicidal properties and can be effective against bacteria, mold and viruses," he added.

(Kitchen Hack: How to Prevent Fruits from Turning Brown)

UVC light, which cannot penetrate opaque, solid objects, can be effective in sanitizing surfaces. The technology, which has been around for several years and has been used to effectively sanitize surfaces as well as drinking water and contaminated air. It works on microorganisms by destroying nucleic acid and disrupting their DNA. The light did not affect the chemical or the physical quality of the fruit used during the study.

Sablani and his colleagues exposed apples, pears, strawberries, raspberries and cantaloupe to different doses of UVC to determine how effective the pathogen-killing light was
against a mix of strains of E coli and listeria. They found that the light can inactivate up to 99.9 per cent of pathogens on apples and pears. However, listeria was more UVC resistant than E coli.
"If you have smoother skinned fruit, then this technology is really great," Sablani said. "If the fruits are very rough and if the level of contamination is low, it also works quite well," he said.

(Fruits and Vegetables: To Cook or Not to Cook?)

Promoted
Listen to the latest songs, only on JioSaavn.com
The UVC light inactivated 90 per cent of pathogens present on rough-surfaced fruit. "For food safety standards, you don't want any pathogens on the fruit," Sablani said. Rough surfaces of strawberries, raspberries and cantaloupe offer places where pathogens can literally hide,
reducing the effects of UVC light. If bacterial contamination levels are high, then UVC
technology alone may not be sufficient to achieve the desired level of effectiveness, researchers said.

CommentsSablani further remarked that research is underway to increase the effectiveness of UVC light on fruits with rough surfaces. "Interest in this technology is high because it's easy
to implement and inexpensive," he said. Sablani's colleagues included Roopesh M Syamaladevi and Karen Killinger from Washington State University and Achyut Adhikari from Louisiana State University. The study was published in the International Journal of Food Microbiology.