Watch: Try This Quick And Easy Pumpkin Halwa For Your Next Sugar Cravings (Recipe Video Inside)

Pumpkin is one of the least popular vegetable even though it is packed with multiple health benefits. 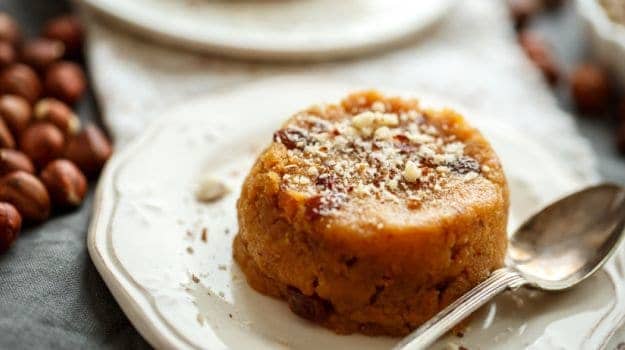 Pumpkin halwa to try at home.

There are certain vegetables that don't enjoy a mass popularity; and while we say this, there are a few vegetables that must have already come to your mind like lauki, tinda, tori and pumpkin. Kaddu, also known as sitaphal and pumpkin, is also one of them that not many people like it on their plates but is immensely nutritious and brimming with various health-benefitting properties. Pumpkin is known to have great antioxidant properties besides being rich in vitamin A and beta-carotene, all of together makes it an impactful immunity-boosting food.

Pumpkin not only protects the body from harmful infections and diseases but being rich with fibre, it can also help with weight loss. Pumpkin is one food that can balance your meal with a pinch of healthiness and benefit you in ways more than one. Be in a savoury form of sabzi or popular desserts such as pies, pumpkin has a separate fan base altogether. The flavour of this low-calorie food is more on the sweeter side and thus makes for a great addition to desserts and bakes. While pumpkin pie, cake cookies and muffins might interest a lot of you, we have got a simple Indian dessert recipe that will impress you to no end.

Pumpkin halwa is an extremely satiating option for a sweet treat when you are craving something light, decadent yet a bit healthier. Pressure cooked pumpkin, mashed and cooked with sugar, raisins, almonds and desiccated coconut makes for a delicious halwa, which you can serve piping hot right after dinner. The added nuts give a good crunch to the feather-light pumpkin halwa.

Watch: Quick and easy pumpkin halwa to try at home: