What Happens When you Have Too Much Salt in Your Diet? 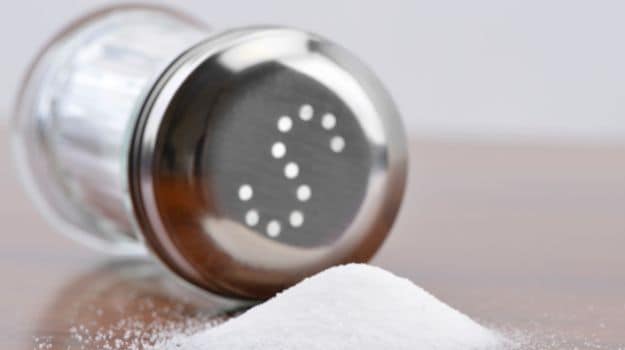 There's no doubt that salt can make or break a dish. It finds its way in almost everything we eat; it can dial down bitterness, make the sweet undertones more pronounced and make your food sing. Has it happened to you that you've taken a bite of food and felt that something is missing? The missing element always seems to be salt and just a pinch of it turns your dish from average to absolutely spectacular.

(How to Balance Flavours in Your Cooking)

Salt is often known as an enemy to good health. One study says it can delay puberty, another says it can increase your chances and a third says it can cause your blood pressure to shoot up. But every yin has a yang and similarly there are also studies that say that salt can kill cancer cells and help you get a flatter stomach. The important thing in all of this is to make sure you're enjoying salt in moderate quantities.

A study that appeared in the Journal of the American Heart Association tried to understand what could happen if you were to increase the quantity of salt you were consuming. Research revealed that people who gradually increase the amount of salt in diets face high blood pressure risk just like people who habitually eat a high-salt diet.

(High-Salt Diets May Harm Even Those With Normal Blood Pressure)

"It did not matter whether their sodium levels were high at the beginning of the study or if they were low to begin with, then gradually increased over the years. Both groups were at greater risk of developing high blood pressure," explained Tomonori Sugiura, assistant professor at the Nagoya City University Graduate School of Medical Sciences in Nagoya, Japan.

The results confirm the findings of other studies that show strong associations between salt in the diet and high blood pressure. "Reducing sodium intake can save lives, save money and improve heart health -- no matter what background or nationality a person is" noted researchers. In some people, sodium increases blood pressure because it holds excess fluid in the body, creating an added burden to your heart. High blood pressure is a major risk factor for heart attacks, stroke and heart failure.