Why Does the Indian Consumer Feel Betrayed by Maggi? 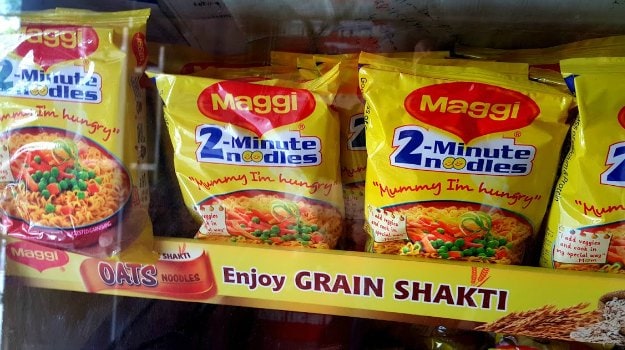 Seasons come and go. Brands too, gain popularity and often fade away. Then what is it about the recent controversy around Maggi noodles that has every household in an uproar? We were not so inflamed when we found out about unhygienic street food or adulterated mustard oil. Why do most mothers feel guilty or children feel cheated? What caused such a vehement reaction against what was adjudged as the Most Powerful Brand in India by WPP Millward Brown (2014)?

The truth lies deeper than in the profit and loss statement of Nestle India and one needs to understand the semiotics at play. Maggi (noodles) is not just a food item. It is a bunch of memories. Everybody you talk to has a Maggi story. Whether you shared a bowl with hungry roommates in hostel or cooked a lavish Maggi dinner for your beloved, it has been an integral part of our growing up years. Slumber parties were never complete unless one gossiped over steaming plates of Maggi noodles. So much so, that a plethora of recipes originated over the years. The simplest instant noodles were transformed in each Indian kitchen. Some liked theirs with vegetables while others added cheese and pepper. No two plates of Maggi were ever the same.

Nestle India Takes Maggi Noodles Off the Shelves, Says It Will be Back Soon

Of all the instant food options available to us, why is it that Maggi took prominence in our minds and in our lives? A delicious and versatile product, it found takers far and wide. The Washington Post came up with an alternate theory. According to them, “Some analysts say it could be because the brand came to symbolise a middle-class defiance against hours of laborious Indian cooking traditions, as well as a modern woman’s freedom.” This theory brings to light another angle. The traditional Indian wife was expected to cook for hours and serve a wholesome meal. When Maggi Noodles hit the market in early 1980s, it almost became a symbol of rebellion.

In a Soup Again! The Story Behind MSG

Promoted
Listen to the latest songs, only on JioSaavn.com
Though the marketing campaigns of the brand tried to convince the consumer that the noodles are healthy, the average Indian mother was not convinced. She had started to become increasingly conscious of what she was feeding her family. As course correction, the brand took on a healthy avatar and added healthier variants to its product line – atta, oats and multi-grain, and also publicised in their advertisements that the noodles contained lots of veggies that were good for everyone. Taken in by the what she heard, the consumer switched to Maggi Vegetable Atta Noodles, started adding tons of chopped fresh vegetables and served it to her children as a treat, believing in her heart that she was giving them a wholesome and healthy meal. The tag line ‘Taste bhi, Health bhi’ resonated deep within her value system. This perhaps explains why Maggi found itself amongst the Top 5 in Brand Equity’s ‘Most Trusted Brands’ 2014 and No.1 Most Trusted Food Brand in India. Little did she know that this may not have been the whole truth after all.

CommentsThus, Maggi was never merely a product or a brand in India. It is nostalgia, a set of memories, a symbol. And when questions started arising on the basic premise of what this symbol stood for, it shattered many hearts. This could explain why the Indian consumer, who is not unused to suspect food standards, feels a deep sense of betrayal and loss. It is almost as if we are being told that our entire childhood is a lie. Like Santa Claus does not exist. And the brand custodians at Nestle may find it harder to heal those wounds than to get their top-line back in shape.