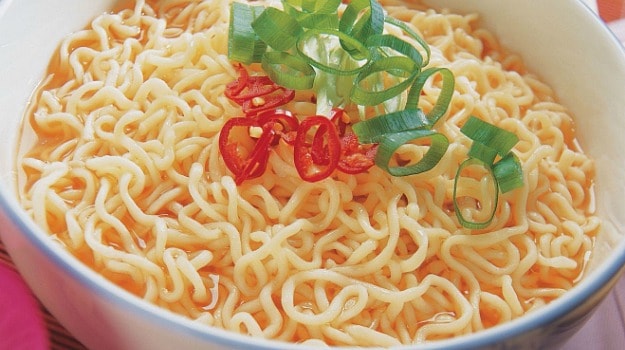 The trouble started when the Food Safety And Drug Administration (FSDA) Lucknow found a few samples to have lead beyond permissible limits and the presence of Monosodium Glutamate (MSG) even though the packet says 'No MSG'. Nestle India turned around and claimed that they do not add any MSG to their product and the kind that was found was natural MSG which is mentioned on the packet.

While the debate continues, here's a roundup of the various states that have moved to ban Maggi Noodles and a few countries that are reacting to the scare.

(The Notorious Taste Enhancer: All About MSG)

June 8: The Food Safety and Standards Authority of India (FSSAI) has ordered testing of the fast food brands that fall under GlaxoSmithKline (GSK) and ITC. The regulator asked all States and UTs to "draw samples of the food products and take action as per provisions of FSS Act and other applicable laws (including IPC) qua the food items not found conforming to the applicable standards."

FSSAI further said in the letter that "the safety of all other such products in these categories has not been assessed as per the Product Approval procedures. As such, the same are unauthorised and illegal and cannot be intended for human consumption".

June 8: Maggi noodles will be banned in Goa from today for an unidentified period of time.

June 7: Bahrain has imposed a ban on Indian manufactured Maggi noodles of Nestle that seemed to have made their way to local supermarkets. However, a lot of the Maggi products available in Bahrain are made in Malaysia so they won't see any resistance.

June 6: The Punjab government restrained Nestle India from manufacturing all nine approved variants of Maggi noodles in its plant in Moga for a year. They've also issued an order banning distribution and sale of all the nine variants.

June 6: United Kingdom's food safety agency decided to test a few samples of Maggi noodles. The Food Standards Agency (FSA) stressed that the move was a precaution and there were no concerns over the safety of Maggi products sold by Nestle UK.

June 6: At a press conference held in the capital, Nestle CEO Paul Bulcke addressed the media and declared that Maggi noodles are 'safe for consumption and we have the same quality standards everywhere in the world.'  He also added that they will remove 'No MSG' from the product label so that there is no confusion.

June 5: The Assam government tested samples of Maggi Xtra - chicken noodles and found it to be unsafe. They went on to issue a ban on this particular product for the next 30 days. Bihar and Madhya Pradesh also conducted independent testing after which they banned the sale of Maggi Noodles for a month.

June 5: The Nepal government has decided to impose a ban on importing and selling of Maggi noodles in its market for an undefined period.

June 4: Authorities in Telangana banned the sale of Maggi noodles on Thursday while waiting for results of the reports. The Institute of Preventive Medicine (IPM) collected some samples a few weeks ago and the results are still awaited.

June 4: Uttarakhand, Gujarat and Jammu & Kashmir and Tamil Nadu proceed for a ban. The Gujarat government has decided to ban Maggi, Sunfeast and Hakka noodles for a month while the Tamil Nadu and Uttarakhand governments banned the sale of Maggi noodles for three months.

June 4: The country-wide network of 1500 Central Police Canteens (CPCs) catering to central paramilitary personnel have already discontinued Nestle India's products after detecting alleged irregularities in their packaging in one of their canteens in Dehradun.

June 4: The Indian Army issued an advisory asking soldiers to avoid Maggi Noodles.  Over 1,000 army canteens and some Navy canteens have been asked to set aside existing stock of the popular snack Maggi noodles until further orders.

June 3: 10 of 13 packs of noodles tested by the Delhi government were found to have high lead content and were deemed 'unsafe' for consumption. After this, the Delhi government went on to ban the sale of Maggi Noodles for 15 days. It also asked Nestle India to recall all current stocks from the capital and make available new stock