World to face acute food shortage by 2050: US expert 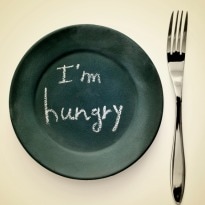 In a shocking report, a top scientist from the US Agency for International Development has warned that the world is less than 40 years away from a food shortage that would have serious implications for people and governments.

"For the first time in human history, food production would be limited on a global scale by the availability of land, water and energy," said Fred Davies, Senior Science Advisor for the agency's Bureau of Food Security. "Food issues could become as politically destabilizing by 2050 as energy issues are today," he told a gathering at the North American agricultural journalists' meeting in Washington, DC, this week.

According to Davies, the world population would increase 30 percent to nine billion people by mid-century. That would call for a 70 percent increase in food to meet demand. Agricultural productivity, food security, food safety, the environment, health, nutrition and obesity - they are all interconnected.

One in eight people worldwide already suffer from chronic under nourishment and 75 percent of the world's chronically poor are in the mid-income nations such as China, India, Brazil and the Philippines. "But resource limitations would constrain global food systems. The increases currently projected for crop production from biotechnology, genetics, agronomics and horticulture would not be sufficient to meet food demand," he emphasized.

Davies said the ability to discover ways to keep pace with food demand have been curtailed by cutbacks in spending on research. "The US agricultural productivity has averaged less than 1.2 percent per year between 1990 and 2007," he said.

CommentsWhen new technologies are developed, they often do not reach the small-scale farmer worldwide. "More efficient technologies and crops need to be developed. Equally important are better ways for applying these technologies locally for farmers," Davies said.