9 Common Causes of Heart attack: Are Men More at Risk Than Women? 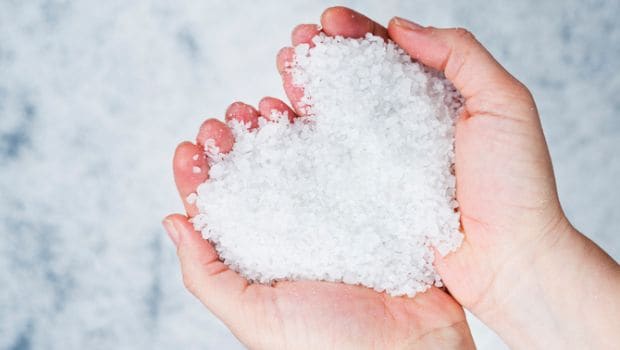 Statistics suggests that the rate of heart diseases in India is double that of the national averages of western countries, a heart attack is majorly caused due to a coronary heart disease, where the flow of oxygen-rich blood to a section of heart muscle suddenly becomes blocked and the heart can't get oxygen. The reason behind is the accumulation of waxy layer inside the coronary arteries. The build-up occurs over many years. Another reason for a stroke could be Coronary Artery Spasm, which is caused by a severe spasm (tightening) of a coronary artery. The spasm cuts off blood flow through the artery.

In  layman terms, a stroke or an attack happens when the blood stops flowing into the muscles, which could be owing to a long persisting heart ailment or unhealthy lifestyle, diet and stress issues.

Dr Ashwani Mehta, Senior Consultant Cardiologist at Sir Ganga Ram Hospital, in a public lecture on Living with Heart Disease: All about Stents and Interventions last year said, "India is currently witnessing nearly two million heart attacks a year and majority of the victims are youngsters.” He further added that men living in cities are three times more prone to heart attacks than people living in villages. As for women, the risk rises significantly after menopause.

Here are the few common causes to heart attack –

If strokes and heart diseases run in your family, it is advisable for you to maintain your diet and lifestyle. Men over the age of 50 with a family history of cardiovascular disease are more prone to an attack. In case of premenopausal women, high levels of estrogen are touted to be acting as the protective force, but the risk increases after menopause.

(Heart Health: What to Eat & What Not to Eat)

Yes, not only pulmonary ailments, but smoking can bring upon a fair share of heart ailments too. It can cause narrowing of blood vessels due to bad cholesterol or LDL deposits on the endothelium layers along the walls of the blood vessels, thereby blocking the smooth inflow of blood. In a report carried by Harvard Men’s Health watch in November 2009, “The Coronary Artey Risk Development in Young Adults (CARDIA) study evaluated over 5,000 young adults ages 18 to 30, then monitored them for up to 15 years to find out how their risk factors influenced their heart health. Smoking 10 cigarettes a day increased the likelihood of coronary artery disease by 50%; every 30 mg/dL rise in LDL cholesterol increased risk by 50%; and every 10 mm Hg rise in systolic blood pressure increased risk by 30%.”

A diet high in saturated fat can add to the build-up of fatty deposits in the coronary arteries and significantly increase the risk of heart attack. Saturated and trans-fats such as ghee and butter increases bad cholesterol and heart attack rates.

In a recent study done by Journal of the American Heart Association, it was revealed that even minute amounts of alcohol, as little as half a pint of beer a day, can call for heart diseases in the long run. Drinking can cause premature ageing of the arteries. According to the study, healthy men drinking more than four drinks on any day and for healthy women having more than three fall under the category of 'heavy drinking'. Regular or excessive alcohol usage can lead to weakening of the heart muscle, called cardiomyopathy, and increase your blood pressure.

A diabetic patient’s body gradually loses its sensitivity to insulin, which leads to elevated blood sugar levels, also known as impaired glucose tolerance. If the levels are not kept under check, severe damage can cause damage of the artery walls leading to a stroke.

In high blood pressure, the pressure within the arteries is higher than normal, which impedes the natural elasticity of arteries. It also results in a larger outflow of blood pumped out of the heart, which disturbs the natural balance and leads to coronary diseases or stroke.

Obesity is harbingering of many diseases, and heart diseases top the list. An obese person’s diet is laden with saturated fats, which can trigger a heart attack. Studies also reveal that those who carry the bulk of their body fat around their belly are at greater risk of heart disease than someone whose body fat tends to settle around their bottom, hips and thighs.

Promoted
Listen to the latest songs, only on JioSaavn.com
9. Stress

Any sort of anxiety or stress may raise the risk of being afflicted by a stroke. Stress is one of the major causes of all sorts of diseases.