Are Fats Unhealthy? The Battle Over Dietary Guidelines 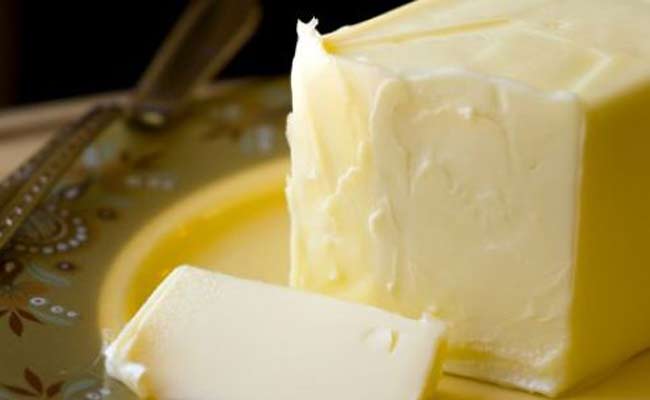 We got a taste of that this month over early efforts to influence the dietary guidelines that the United States Department of Agriculture establishes every five years. We got even more last week, when a congressional hearing on the scope and reliability of the science behind recommendations became heated.

It started when Nina Teicholz wrote an article in a respected medical journal, BMJ, arguing that the Dietary Guidelines Advisory Committee that advises the agriculture department isn’t using good research to make its decisions. Teicholz, a journalist, is the author of “The Big Fat Surprise: Why Butter, Meat and Cheese Belong in a Healthy Diet.” Her biggest concern is how fats are treated.

Much of what we know about nutrition is based on small, sometimes flawed, short-term studies. Doing more than that is often very difficult and very expensive. But every once in a while, good research does occur that can truly inform our thoughts and decisions on nutrition policy.

The problem is that such research is often ignored. I wrote some months ago about the potential for the Dietary Guidelines Advisory Committee to change that; the report issued recently argues that it did.

Before I go on, a quick primer: The Department of Agriculture guidelines for nutrition, which will be released later this year, are very influential. They are relevant in labeling food, in setting National Institutes of Health research priorities, and in determining what edibles are distributed to needy families.Before the report is issued, a scientific committee reviews the relevant, and hopefully new, research and recommends changes from the last report. In 2010, the Department of Agriculture formed the Nutrition Evidence Library (NEL) to help conduct systematic reviews of the literature for use in making recommendations.

But the NEL was used for only 27 percent of the science-based research questions the committee chose to pursue. For an additional 45 percent of the questions, the committee relied on existing systematic reviews, meta-analyses or reports. For the last 28 percent or so, it used “data analyses and food pattern modeling analyses.” Teicholz argues that many of the organizations that supplied much of the evidence used by the committee have conflicts of interest, because they are supported in part by industry.

Some of the questions, though, don’t require a full NEL review. They can be answered with simple data queries or surveys. And while conflicts of interest should always be considered, ties to industry aren’t the only conflicts that are important. Everyone is conflicted in some way. It may be unreasonable to demand that all questions be subjected to NEL standards.

Teicholz argues that the committee ignored many important studies that might have altered its recommendation. The biggest is the Women’s Health Initiative Dietary Modification Trial, which randomly assigned almost 49,000 women to different diets. The intervention encouraged participants to reduce their total fat intake to 20 percent, and increase consumption of vegetables and grains. There was a reduction in saturated fats, but it did not result in any significant benefits. Teicholz says that this proves that a reduction in saturated fats does not improve health.

I don’t think that’s so clear. The study also resulted in a reduction of unsaturated fats and an increase in carbs. That’s specifically what the committee argues shouldn’t happen. It says that bad fats should be replaced with better fats. However, people did reduce their saturated fats to 10 percent of intake, and didn’t see real improvements in outcomes. This has led many to question whether the quantitative recommendation made by the committee is supported by research.

Teicholz furthers this point by citing two meta-analyses that show that the evidence against saturated fats might be weaker than assumed. (I’d add in another one from the BMJ in July). A third that she notes, however, which I’ve discussed before, supports the committee more than it disputes it. As for the other two, I know some people have argued those studies are flawed, but I would have liked committee members to explain why they think that’s so, if they’re not going to include them. Otherwise, they appear to be cherry-picking.

Teicholz also takes exception to the committee’s lack of enthusiasm for a low-carbohydrate diet. It is true that the report chose not to update its stance from 2010, basically arguing that there still isn’t enough long-term evidence to support such a diet over a balanced one. She states that two meta-analyses have found that a low-carbohydrate diet is superior to control diabetes, and that two more have found it’s highly effective for weight loss.

Although I am sympathetic to Teicholz’s arguments that many have ignored the potential for low-carbohydrate diets for too long, I’m not sure that I completely agree with her here. Controlling diabetes, while important, isn’t the subject of the dietary guidelines. And when it comes to weight loss, the committee didn’t completely ignore the low-carbohydrate diet. It is offered, along with many others, as a viable way to achieve weight loss.

Even the studies that Teicholz cites for weight loss, which I’ve discussed before, say that pretty much all diets, even those she disapproves of, work to some extent. There’s no clear winner, and no clear loser.

Teicholz does hit on one note on which we agree. As I wrote about in The Upshot, a growing body of evidence should give people pause before they continue to argue that everyone needs to consume less sodium. While the Institute of Medicine and many studies have brought into question whether consuming less than 2,300 mg/day of sodium is a good idea for most people, the advisory committee report still seems to focus on people with high blood pressure, and recommends they consider limiting sodium consumption to less than 1,500 mg/day.

Although there are some issues one might take with the clarity of the subcommittee’s report, or with some of their interpretations of the evidence, I still believe they are more science-based than in years past. The tone of Teicholz’s article and of responses by the committee and many, many others show how charged these arguments have become.

Much of this is probably because of past sins. We have, for too long, made decisive proclamations based on research that did not support them. (Remember when butter and fortified margarine was its own food group?) It was inevitable that some of those assurances would need to be retracted or amended. But now, we have gotten to a point where food has become ideological, and where motives are questioned based on results and not methods.

We know much less for sure than we think, and recommendations that forcefully tell people exactly what and precisely how much they should or should not eat can be counterproductive.

Listen to the latest songs, only on JioSaavn.com
I still maintain that it might be more helpful to focus on food and not nutrients, on health and not process measures.