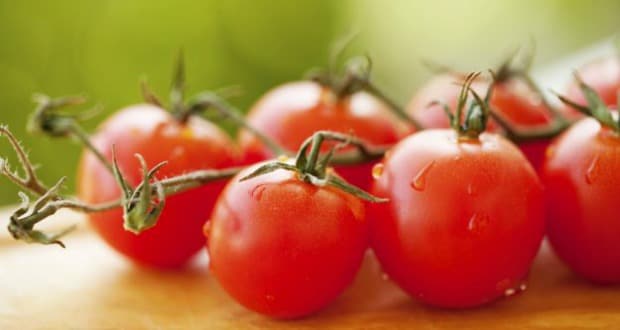 Highlights
When one talks about miracle foods that may help treat or manage cancer better, tomato is the top choice among experts with respect to stomach cancer. A study conducted in the year 2013 and published by the US National Library of Medicine National Institutes of Health concluded that consumption of large amounts of tomato products was found to be associated with a reduced risk of gastric cancer. The study called for further research for validation of the findings.

Stomach cancer is the growth of cancerous cells in the inner lining of the stomach. If not detected on time, it can lead to the formation of a tumour which needs surgical removal or other form of intervention depending on the condition or the stage of the disease. While the exact causes of cancer is still unknown to the world of science, experts point at few factors that heighten the risk of developing stomach cancer some of which may include a prolonged history of anaemia, severe gut inflammation, ulcers, polyps growth and infection with a common bacteria called H. pylori.

Recently, a team of Italian experts also studied the correlation between tomato consumption and reduced risk of stomach cancer. It was found that tomato extracts can have the ability to inhibit the growth and the multiplication of stomach cancer cells. The study suggests that tomatoes, as stomach cancer cell fighting agents, should be considered in their entirety and not only for a component that is found in them, namely lycopene.

"Their antitumoral effect seem not related to specific components, such as lycopene, but rather suggest that tomatoes should be considered in their entirety," said Daniela Barone, researcher at the Oncology Research Centre of Mercogliano (CROM) in Italy as reported by PTI.

Experts also noted that different species of tomatoes may have varying effects in different stages of cancer. Further investigation and research is being called for.