Cereal Offenders: Why Do Sugar Levels Keep Rising in Our Breakfast Choices? 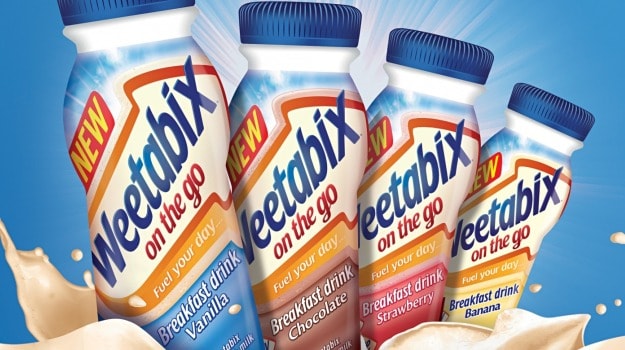 Despite the barrage of health warnings on the dangers of sugar, new breakfast products - such as drinks and biscuits - contain more of the white stuff than ever.

The sugar on our collective breakfast tables is piling up at an alarming rate. Despite a barrage of health warnings on the white stuff, a report last month from Action on Sugar showed that one in five cereals now contains more sugar than three years ago, and some are 18% sweeter. And there's a bitter new chapter to this sorry tale. As we collectively spend less on cereals (UK sales slid by £60m in 2014) a new generation of on-the-run alternatives - breakfast drinks and biscuits - is taking sugary snacks to new levels. And we're lapping them up. Figures from market researchers Kantar Worldpanel show that supermarket sales of breakfast drinks have skyrocketed over the past three years, from just £41,000 in 2012 to £5.5m in the year to January 2015. Spending on breakfast biscuits has also grown steadily, rising from £60m to £96.5m over the same period. It's a lucrative new area.

Weetabix launched its On the Go breakfast drinks last year, claiming they contain "all the energy, fibre and protein" of its cereal with milk. What they don't broadcast as loudly is that a 250ml bottle of the chocolate-flavoured milk drink also contains 22g of sugar. While one-third of this is lactose, the naturally occurring sugar found in milk, 13.5g of the total sugar content is added - equivalent to the sugar in eight Cadbury's chocolate fingers. This compares with just 1.7g of added sugar if you eat two Weetabix biscuits with milk. A spokeswoman for the company said that while a bowl of Weetabix and milk was the ideal way to start the day, the drinks contained the same balance of protein, energy and fibre and catered for the "increasing number of adults who either tend to skip breakfast altogether or grab a sweet pastry or something on the move". This "lesser of two evils" argument dodges the point: added sugar is bad for our health.

In 2013, Fuel's protein, fibre and vitamin-enriched Liquid Breakfast was one of the first breakfast drinks to be launched in the UK, in 2013, and the first to be sold in the cereal aisle. A 330ml bottle of the chocolate-flavoured milk drink contains 32g of sugar, (16g of which is added). A company spokesman said the drinks were aimed at highly active 16-35 year-olds who would otherwise skip breakfast or consume a sugary fizzy drink that had no nutritional value.

But it's not just drinks that are giving us a new sugar rush at breakfast time. Sales of breakfast biscuits are also soaring. According to Kantar Worldpanel, we now devour 19.3m kg of breakfast biscuits a year, up from 3.5m kg in 2011. The biscuits range from 10g-13g of sugar per 50g serve - roughly equivalent to the sugar in a serving of Frosties (without milk), one of the most sugary breakfast cereals on the market.

So what's going on? Public-health warnings linking overconsumption of sugar to tooth decay, type 2 diabetes, obesity and other health problems have never been more insistent. And last year, the UK's Scientific Advisory Committee on Nutrition endorsed the World Health Organisation's view that the recommended daily intake of added sugars should be halved to 25g. Why do consumers still have such an appetite for these products? "Sugar sells," is how Katharine Jenner, nutritionist and Action on Sugar's campaign director, puts it. "Companies have more interest in their profits than in the health of their customers." Those customers, she points out, are falling for "clever marketing and promotion", and believe these "sugary convenience foods" are healthy. "Suddenly it is seen as acceptable to eat what is essentially a milkshake and biscuits for what is the most important meal of the day."

The surge in popularity of sugary breakfast drinks and biscuits is further evidence of the government's failure to regulate food companies adequately, Jenner believes. "That new products are coming on to the market that are actually higher in sugar than their predecessors, such as plain Weetabix, shows a failing by the government in tackling food companies." Her view is that voluntary measures are not working. "There should be sugar reduction targets set to limit the amount of sugar allowed in these and all foods, so we can gradually reduce our sugar intakes."

Top Photo: No matter how rushed you are, Weetabix's breakfast drinks ensure you won't fall behind on your sugar intake.