Chikungunya Symptoms And All You Need To Know 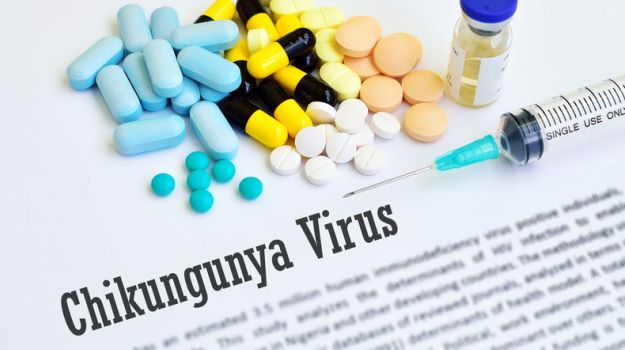 While the capital city, along with many parts of the country, grapples with the rising instances of dengue, experts signal the outbreak of another mosquito-transmitted disease - chikungunya. The infection is caused by the chikungunya virus which is passed to humans by two species of mosquito of the genus Aedes: A. albopictus and A. aegypti.

Since 2004, the disease has occurred in outbreaks in Asia, Europe and the Americas. The World Health Organisation (WHO) defines it as, "A mosquito-borne viral disease first described during an outbreak in southern Tanzania in 1952. The name 'chikungunya' derives from a word in the Kimakonde language, meaning "to become contorted", and describes the stooped appearance of sufferers with joint pain (arthralgia)."

According to the WHO and Centers for Disease Control and Prevention, USA, a person will begin to identify the symptoms 3 - 7 days after being bitten by the mosquito. "Chikungunya is characterized by an abrupt onset of fever frequently accompanied by joint pain," suggests WHO. Other symptoms would include the following:

1. Headache and muscle pain is often severe and disabling. It is usually bilateral (affecting both sides) and most commonly affects the hands and feet. The lower limbs and back are less common sites of joint pain. Joint pain can last weeks and may linger up to a year or more in some rare cases.

2. A high fever is one of the first symptoms of chikungunya. The fever typically ranges from 102 to 104 degrees °F (40 degrees °C). The fever will usually last for up to a week.

3. Fatigue, exhaustion and nausea are common symptoms for chikungunya patients.

4. Skin  rash usually occurs after the onset of the fever and is usually maculopapular, which means it will appear as a flat, red area of skin covered with small bumps. It most commonly affects one’s torso and extremities. It can also appear on one’s palms, soles, and face.

It should be noted that the disease is spread by the same mosquito responsible for the outspread of Zika and dengue. In case you notice any of the above mentioned symptoms, see your medical practitioner at the earliest.

Diagnosis rests on blood tests and other necessary medical examinations. "Several methods can be used for diagnosis. Serological tests, such as enzyme-linked immunosorbent assays (ELISA), may confirm the presence of IgM and IgG anti-chikungunya antibodies. Samples collected during the first week after the onset of symptoms should be tested by both serological and virological methods (RT-PCR)," confirms WHO.

The bad news? There is no medication, vaccine or treatment for the disease. Chikungunya transmitting mosquitoes are active throughout the day with their peak activity ranging between early morning and afternoon. Avoid staying in or visiting areas with mosquitoes. Use mosquito repellent products and sleeping nets, if need be. In case you are diagnosed with chikungunya, keep the following points in mind:

2. Avoid further mosquito bites as the same mosquito can carry your infection and infect others

3. Paracetamol can help in relieving pain and alleviating fever

4. Do not take NSAIDs (non-steriodal anti-inflammatory drugs), "Until dengue can be ruled out to reduce the risk of bleeding," CDC, USA.

5. Take rest, see your doctor and inform him/her about the current medication you are on.

CommentsAccording to homeopathic experts effective drugs are available to prevent as well as to speed up recovery from Chikungunya.  It is claimed that the medicine Eupatorium perf can prevent Chikungunya infection. Other medicines prescribed for the disease include Pyroginum, Rhus-tox, Cedron, Influenzinum, China and Arnica.