'Comfort Food' Soothes, but At the Cost Of Health 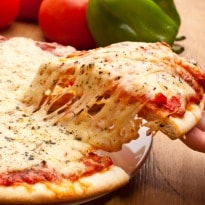 The next time you reach out for macaroni, cheese or meatloaf when you feel low, give it a second thought. Because researchers say while comfort food may boost our mood, they are bad news for the arteries.

Some of these comfort foods are rich in saturated fat, which is blamed for forming plaque (clogging arteries), responsible for a host of potentially threatening ailments like cancer, stroke and heart diseases.

But do comfort foods actually work? Researchers say they do.

"For me personally, food has always played a big role in my family," says Jordan Troisi, graduate student at the University of Buffalo, US, who led the study.

The study came out of the research programme of his co-author Shira Gabriel, which has looked at social surrogates that make people feel like they belong, reports the journal Psychological Science.

In one experiment, in an attempt to make participants feel lonely, researchers had them write for six minutes about a fight with someone close to them. Others were given an emotionally neutral writing assignment.

Finally, researchers had participants complete questions about their levels of loneliness. Writing about a fight with a close person made people feel lonely.

Promoted
Listen to the latest songs, only on JioSaavn.com
But people who were generally secure in their relationships - something that was assessed before the experiment - were able to rescue themselves from loneliness by writing about a comfort food. "We have found that comfort foods are foods which are consistently associated with those close to us," says Troisi. "Thinking about or consuming these foods later then serves as a reminder of those close others."

Comments In another experiment, eating chicken soup in the lab made people think more about relationships, but only if they considered chicken soup to be a comfort food.