Diabetes Diet: Eating Potatoes May Not Be Bad For Type-2 Diabetics - Experts Reveal

The participants' overnight glycemic response was better when potatoes were included in their meal, compared to basmati rice. 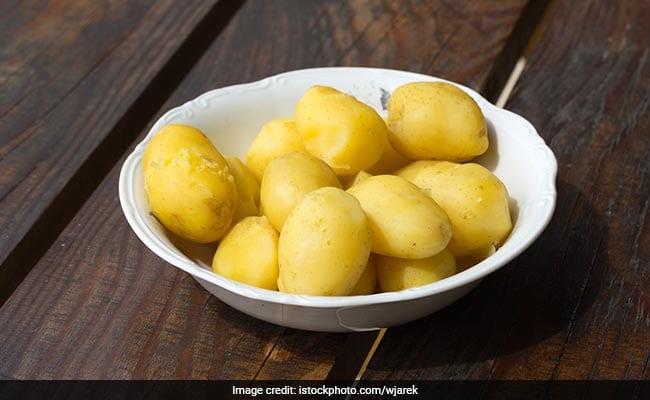 Our love for potato has no end. One of the most versatile vegetables, potato is extensively used in any recipe of your choice, across cuisine. The starchy texture and bland taste of potato helps it to adapt any shape, size and flavour as per the dish. From crispy French fries to gooey mashed potato and spicy potato curry - the list of potato-based recipes goes really long! Unfortunately, it is one of the first few foods we are advised to omit from our diet, when diagnosed with diabetes. What if we tell you diabetics need not avoid potatoes anymore? Yes, you heard it right!

As per a report in ANI, a recent study has found that people with type 2 diabetes can better maintain overnight glycemic level when skinless white potatoes with high Glycaemic Index are included in their evening meal, in comparison to low GI carb food - basmati rice. The findings of the study were published in the journal 'Clinical Nutrition'.

"Despite its frequent use among nutrition researchers, GI is not an appropriate tool for understanding how a meal impacts glycemic control; it is a very specific measurement for foods consumed in isolation, typically conducted under controlled laboratory conditions," says Dr Brooke Devlin, PhD, the primary investigator, at Australian Catholic University in Melbourne.

"It's rare that people eat foods in isolation, and findings from this study demonstrate how other factors, such as the time of day or food pairings, need to be considered when investigating the glycemic response (GR) of mixed meals in individuals with T2D," he added

For the study, the researchers included 24 adult individuals. All the participants were given the same breakfast and lunch; however, they were randomly assigned four different dinners with skinless white potatoes or basmati rice. It is to mention here that the potatoes were prepared in three different ways - boiled, roasted and boiled then cooled then reheated. This experiment was repeated with a 9-day break between each trial.

It was found that there was no difference in glucose response between meals that contained potatoes and the ones with basmati rice. But the participants' overnight glycemic response was better when potatoes were included in their meal, compared to basmati rice.

"These findings are contrary to that of observational research and traditional dietary guidance that has led some to believe potatoes are not an appropriate food choice for people with type 2 diabetes," Devlin said.

"Our study shows high GI foods, like potatoes, can be consumed as part of a healthy evening meal without negatively affecting GR - and while delivering key nutrients in relatively few calories, which is essential for people with type 2 diabetes," he added.