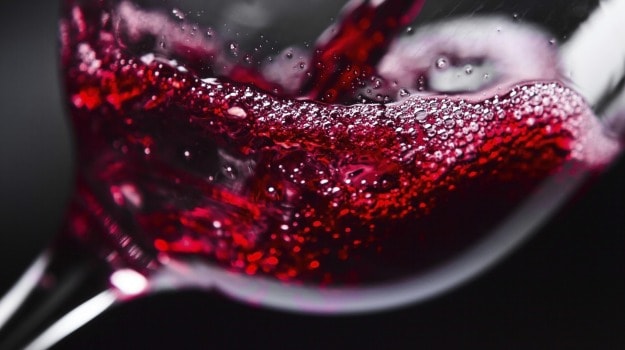 Raise your glass to some fantastic news! According to a study published in the 'Journal of Nutritional Biochemistry', drinking red wine or red grape juice, in moderation of course, could help burn fat.

(How to pair wine and food)

"We did not expect, and we did not find, these compounds to improve body weight," said Neil Shay, biochemist and molecular biologist at the Oregon State University in the United States. Red wine/juice boosts fat burning, especially in the liver. This may improve liver function in overweight people. The study does not imply that drinking wine helps with miraculous weight-loss.

Shay added, "If we could develop a dietary strategy for reducing the harmful accumulation of fat in the liver, using common foods like grapes, then it would be good news."

The researchers exposed human liver and fat cells grown in the lab to extracts of four natural chemicals found in Muscadine grapes, a dark-red variety native to the south-eastern part of the United States. One of the chemicals, ellagic acid, proved particularly potent: It dramatically slowed the growth of existing fat cells and formation of new ones, and it also boosted the metabolism of fatty acids in liver cells. In another trial, the researchers supplemented the diets of overweight mice with extracts from Pinot noir grapes.

Some of the mice were fed a normal diet containing 10 percent fat. The rest were fed a diet of 60 percent fat - the sort of unhealthy diet that would pile excess pounds on a human frame. Over a 10-week trial, the high-fat-fed mice developed fatty liver and diabetic symptoms - the same metabolic consequences we see in many over-weight, sedentary people, Shay said.

But the chubby mice that received the extracts accumulated less fat in their livers, and they had lower blood sugar, than those that consumed the high-fat diet alone. Ellagic acid proved to be a powerhouse in this experiment, too, lowering the high-fat-fed mice's blood sugar to nearly the levels of the lean, normally-fed mice.

Besides this, red wine is also known for a string of other benefits: it may protect you against cancer, fight cavities and according to Ashok K Shetty, a faculty member in the Texas A&M Health, a compound found in red wine can also help prevent age-related memory loss. The compound resveratrol has been widely touted for its potential to prevent heart disease, and Shetty and his team believe it also has positive effects on the hippocampus, an area of the brain that is critical to functions such as memory, learning and mood.

With inputs from IANS & PTI