Expert Views: How can the World Outpace Resistance to Eradicate Malaria by 2040? 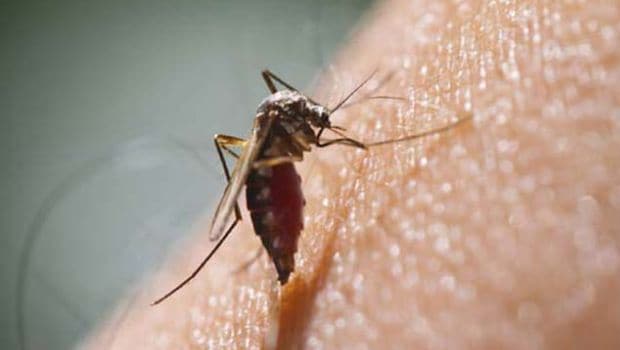 Highlights
The Bill & Melinda Gates Foundation, a global health and education charity set up by the Microsoft founder and his wife, has set a target of eradicating malaria by 2040.

Yet efforts to end the deadly disease are under threat as mosquitoes become increasingly resistant to drugs and insecticides.

To outpace rising resistance, the scientific community in the Gates' home city of Seattle is developing innovations ranging from genetic modification to single-dose drugs.

Here are the views of some of the world's leading organizations that are working to eradicate malaria.

BRUNO MOONEN, DEPUTY DIRECTOR OF THE MALARIA TEAM AT THE GATES FOUNDATION

"The biggest challenges are related to growing drug and insecticide resistance, and that our current tools will struggle to end the disease in countries where transmission is so high.

Ending malaria is not just about finding the sick, it is about finding everyone who is infected, as not everybody shows symptoms. To find them, we need more sensitive diagnostic tests.

One innovation we are watching closely is the attractive toxic sugar base, which is like a sheet of A4 paper that has sugar in it to attract the mosquitoes and a toxin to kill them.

If you hang them on the outside of houses in a community, you can crash the mosquito population. It is very promising."

"The good news is that the product-development pipeline for malaria is strong, really the envy of the global health world.

But we need to keep investing. The first innovation we need is an ultra-sensitive rapid test for malaria that is ten times as powerful as current tests. It would allow us to find low levels of the parasite in people who show no signs or symptoms.

We also need new drugs that can eliminate every last parasite in people who are treated. Current drugs are highly effective at treating the illness and saving lives, but in a small number of cases they leave parasites behind.

As we move toward elimination, we're combining mapping with mobile data to show how people transport the malaria parasite from community to community.

This allows us to deploy our resources more efficiently, and effectively target the sources of parasite transmission."

But ultimately surveillance is the key.

Countries that are struggling with a variety of high burden diseases tend to look at a magic threshold of incidents as 'we're done'.

When they hit these levels, they stop funding efforts. That inevitably leads to a return of the disease.
Short of total eradication, countries need to keep their guard up even when they meet elimination. Even the United States keeps up surveillance.

From a science and technology standpoint, we want there to be a variety of innovative yet affordable tools to achieve this."

"We have made incredible progress over last decade, thanks to tools like insecticide treated bednets, indoor residual spraying, and artemisinin combination treatment (ACT) drugs.

We can go very far with these tools, and achieve elimination, but to talk about eradication – ridding the whole world of malaria for good – we need new approaches.

Malaria surveillance has been terrible until recent years. But the idea that every malaria case ought to be diagnosed before it is treated has led to improved surveillance.

There are lots of innovations - like sugar traps - to be excited about in the long term, but in the here and now, better diagnosis and surveillance are key in the push for eradication."

KAYLA ALBRECHT, OF THE INSTITUTE FOR HEALTH METRICS AND EVALUATION AT THE UNIVERSITY OF WASHINGTON

We have created the world's most detailed map of malaria in sub-Saharan Africa, measuring mortality, treatment and prevention coverage on a 5X5 kilometer grid of the continent.

The use of mapping by age to inform malaria control and treatment strategies will become increasingly important as the burden of the disease shifts from children to adults.

Promoted
Listen to the latest songs, only on JioSaavn.com
Hundreds of thousands of lives could be saved by scaling-up programs and customizing strategies to address the needs of specific communities."

Malaria No More and the Washington Global Health Alliance provided a travel grant for this story.