Extreme Dieting of Anorexia May Be Entrenched Habit, Study Finds 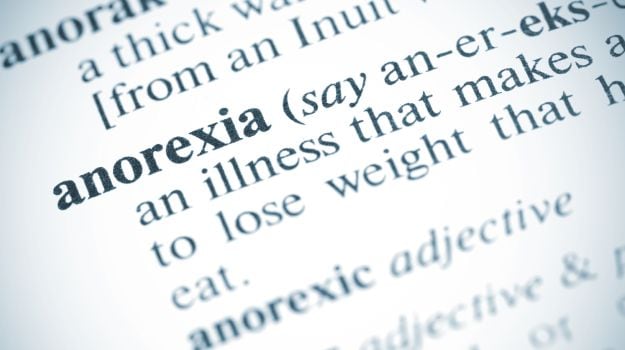 Women who suffer from anorexia are often thought of as having an extraordinary degree of self-control, even if that discipline is used self-destructively. But a new study suggests that the extreme dieting characteristic of anorexia may instead be well-entrenched habit — behavior governed by brain processes that, once set in motion, are inflexible and slow to change.

The study’s findings may help explain why the eating disorder, which has the highest mortality rate of any mental illness, is so stubbornly difficult to treat. But they also add to increasing evidence that the brain circuits involved in habitual behavior play a role in disorders where people persist in making self-destructive choices no matter the consequences, like cocaine addiction or compulsive gambling.

In the case of anorexia, therapists often feel helpless to interrupt the relentless dieting anorexic patients pursue. Even when patients say they want to recover, they often continue to eat only low-fat, low-calorie foods.

Neither psychiatric medications nor talk therapies that are used successfully for other eating disorders are much help in most cases. And research suggests that 50 percent or more of hospitalized anorexic patients who are discharged at a normal weight will relapse within a year.

“The thing about people with anorexia nervosa is that they can’t stop,” said Dr. Joanna E. Steinglass, an associate professor in clinical psychiatry at the New York State Psychiatric Institute at Columbia University Medical Center and a co-author of the new study, which appears in the journal Nature Neuroscience.“They come into treatment saying they want to get better, and they can’t do it,” Steinglass added.

Karin Foerde, a research scientist at the psychiatric institute and Columbia, was the lead author on the study. The researchers used a brain scanning technique to look at brain activity in 21 women with anorexia and 21 healthy women while they made decisions about what foods to eat. The anorexic women were more likely than the healthy women to choose low-fat, low-calorie foods, and they were less apt to rate high-fat, high-calorie foods as “tasty,” the study found.

As expected, both the anorexic and the healthy women showed activation in an area known as the ventral striatum, part of the brain’s reward center. But the anorexic women showed more activity in the dorsal striatum, an area involved with habitual behavior, suggesting that rather than weighing the pros and cons of the foods in question, they were acting automatically based on past learning.

“This is an important paper,” said Antonio Rangel, a professor of neuroscience, behavioral biology and economics at the California Institute of Technology who was not involved in the study.

The study’s findings, Rangel said, were “consistent with the idea that the habitual system may be in control over the behavior of the anorexic much more than in the general population.”

B. Timothy Walsh, the senior author of the report, said the study grew out of a theoretical paper he published in 2013. In that paper, he proposed that for women who are vulnerable to anorexia, weight loss initially serves as a reward, eliciting compliments, relieving anxiety and increasing self-esteem. Over time, though, the pairing of dieting with a reward — weight loss — may result in the act of dieting itself becoming rewarding.

This theory, said Walsh, a professor of psychiatry at the psychiatric institute at Columbia, might shed light on why treatment is more successful the earlier it is offered and less successful the longer the illness has been established. He predicted in the paper that as an anorexic patient’s dieting became more habitual, the dorsal striatum would become more involved.

“It helps to explain why treatments we expect to work, like antidepressants and cognitive therapy, don’t work very well,” Walsh said. “Habits have to be replaced with another behavior.”

For example, he said, one strategy might be to get the patient to look at entrees as well as at the salad bar, or to switch to eating with the left hand, as a reminder to think about eating different foods. In the study, the women were asked to rate the healthiness and tastiness of 76 foods on five-point scales. They were then asked to make a series of food choices and told that they would be served one of their selected foods as a snack after the task was completed.

While they made their choices, their brain activity was monitored using functional MRI. The next day, the participants in the study were offered a buffet lunch, and the amount, calorie content and nutrient value of the foods they chose were recorded. Dr. Walter H. Kaye, a professor of psychiatry at the University of California, San Diego, and the director of the eating disorders program there, said he thought the paper was “a valuable contribution.”

The findings, he noted, were consistent with other studies that had linked increased activation in the dorsal striatum and frontal lobes in anorexic patients, and the new study was “another step that is helping us understand why people eat the way they do.”

But he noted that activation in the dorsal striatum had been associated with other aspects of anorexia, like anxiety.

“That certainly is one hypothesis, but it’s not the only hypothesis,” he said.