How Brown Fat Can Help Diabetics 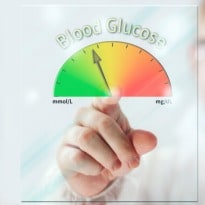 By now, we've heard a lot about brown fat. It is known that children have more brown fat which generates heat to keep them warm and as they grow up these fat stores decline. Previous studies have shown that brown fat acts as an efficient calorie burner. Also, it is has been found that brown fat cells are more active in cold temperatures.

Quite recently, it has been brought back into the limelight by researchers in Sweden who have discovered that brown fat can also help combat Type 2 diabetes and obesity. They have identified a signaling pathway that stimulates glucose uptake in brown fat cells. This pathway, which involves a protein kinase called mTOR, stimulates the transport of a glucose-importing protein called GLUT1 to the surface of brown fat cells. The study appeared in the Journal of Cell Biology.

According to Tore Bengtsson from the department of Molecular Biosciences at the Stockholm University in Sweden, "One of the most interesting characteristics of this newly discovered signal pathway is that it differs from the signal pathway triggered by insulin. The signalling pathway in brown fat can most likely be activated even in patients with type 2 diabetes, where insulin signalling is impaired."

When our body encounters cold temperatures, the nervous system activates adrenoceptors on the surface of brown fat cells to stimulate glucose uptake from the bloodstream. Brown fat cells then use this glucose as a fuel source to generate body heat. In addition to being an effective tool for controlling blood sugar levels in type 2 diabetes patients, brown fat cells use up the calories to generate more heat and energy. Therefore, it may also help in managing one's weight. Experts experimented on mice to reach these conclusions.

Promoted
Listen to the latest songs, only on JioSaavn.com
The research also suggests that when brown fat cells are activated they produce 10 times the amount of glucose transporters than insulin. These findings can help in the production of new drugs that activate brown fat cells which may help in controlling blood sugar levels without the use of insulin. Interestingly, lean people tend to have more brown fat than those who are overweight or obese. Therefore, increasing the amount of brown fat in the body may form a crucial aspect of the weight-loss strategy.