Is it Worth it? Dynamic Running Therapy 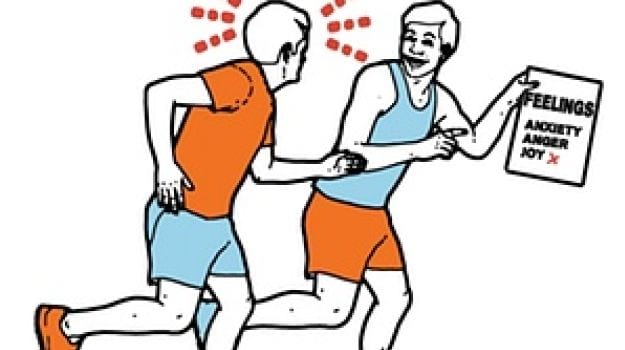 Illustration: Son of Alan for the Guardian

‘When you’re running and talking, the focus is removed from both activities – you run further and talk more freely’

What is it? A group run and a therapy session, all in one.

How much does it cost? I had a session in Hyde Park with therapist William Pullen, who charges "£150 a pop.

What does it promise? According to Pullen, DRT is a proactive therapy that can help unite mind and body, and is especially good for people with depression or anxiety, or those recovering from trauma.

What's it actually like? As my first ever encounter with therapy, I was terrified of DRT before I even began " I kept picturing myself collapsing into sobs and getting a stitch at the same time. However, it turned out to be a pleasant surprise. When you're running and talking, the focus is removed from both activities " you run farther because you're not constantly aware of your sore feet, and you talk more freely because you're not sitting awkwardly in the therapist's office. As an exercise it won't make you incredibly fit, and therapy isn't a quick fix for anything. Nevertheless, the benefit of DRT seems clear enough. As for what we talked about? It turns out therapy is the perfect place to slag off people you used to work with. Who knew?

Best and worst bit There's likely to be a bit of initial awkwardness when you first meet your therapist, but the ease of movement and conversation is pretty hard to beat.

Is it worth it? "£150 is a lot of money, but I found it useful. Plus there are cheaper alternatives: you can do DRT just by running with a friend you're comfortable talking to, for instance. Alternatively, mindfulrunning.org offers something broadly similar.