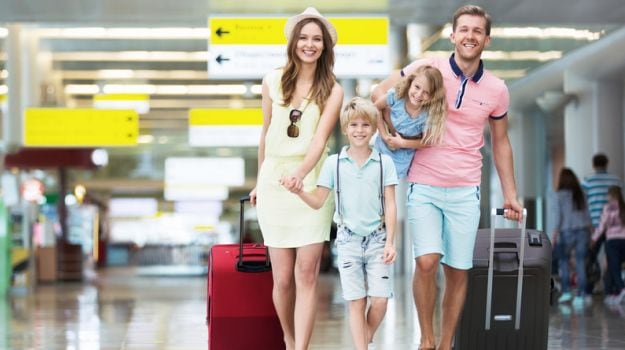 In a new study comparing a meditation retreat with just relaxing in the same locale, both options improved stress regulation, immune function and other cellular markers in the blood.

Researchers measured gene activity, blood markers and reported wellbeing during the vacation and months afterward, and found a large and immediate “vacation effect” in all participants. For those who continued meditating, benefits were seen even 10 months later.

“Vacation in a relaxing, resort-like environment takes you away from your day-to-day grind, which may be high stress in which your body is in a more defensive-like posture, with pressures to meet deadlines, dealing with angry customers, ‘battling’ with colleagues for resources to accomplish your mission or whatever,” said senior author Dr. Eric Schadt, founding director of the Icahn Institute for Genomics and Multiscale Biology at Mount Sinai in New York.

“On a relaxing vacation you allow your body to get out of that defensive posture, reduce your levels of stress which in turn affects the states of cells that are involved in your immune system,” he said.
At the molecular level, additional changes only happened, or happened more, in the meditation group, including more effective manufacture and use of proteins, he noted.“We don’t know what this means exactly, but given associations with biomarkers of aging, there is the potential that these changes could enhance overall wellbeing and longevity,” Schadt told Reuters Health by email.

The researchers enrolled 102 women ages 30 to 60 in the study and tested their blood before and after five days at the La Costa Resort and Spa in Carlsbad, California. Some women were participating in a meditation and yoga retreat while others were simply staying at the resort and not taking part in yoga or meditation training.

In addition to providing blood samples before and after the retreat, the women reported on their depression symptoms, stress, vitality and mindfulness on day five, one month later and 10 months later.

Psychological wellbeing scores improved for all three groups by day five and one month later. At the 10-month point, women who had meditated during the retreat had greater decreases in depressive symptoms and stress than those who had only been on vacation, according to the results reported in Translational Psychiatry.

Gene expression changes and aging biomarkers in blood samples had improved significantly for all groups at the end of the retreat, indicating benefits from simply being on vacation. In addition, women who were already regular meditators had higher activity of telomerase, an enzyme that repairs and fortifies the tips of chromosomes. Telomeres get shorter and shorter as we age.

“Of course you want these pathways activated if they are fighting off a disease, but if they are continually activated we have seen that they are partially responsible for increasing susceptibility to a whole range of diseases such as diabetes, Alzheimer’s and autoimmune disorders such as rheumatoid arthritis and inflammatory bowel disease,” he said.

It’s not clear if a weeklong vacation or meditation sessions would lead to changes in corresponding diseases, he said.

The authors acknowledge that the study, which was funded by The Chopra Foundation and Benioff Foundation, is small and doesn't measure whether the changes observed will have any effect on disease or longevity.

“I don’t know that our results are such that they would speak to changes people should make in their lives to achieve a more healthy state, but rather it is another strong piece of evidence that relaxing and meditating may produce favorable healthy benefits,” Schadt said.

Listen to the latest songs, only on JioSaavn.com
“There is little doubt reduced stress is beneficial for health or at least associated with better health outcomes,” said Dr. Guillaume Pare, co-director of the McMaster Genome Facility at McMaster University in Hamilton, Ontario, who was not part of the new study. “However, linking the specific genes and pathways identified in the paper to health outcomes will require much work to confirm causality.”