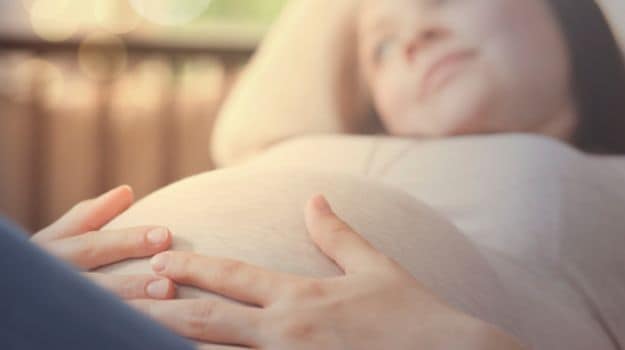 Instead of fasting, eating a light meal during labour would benefit most healthy women, suggests new research. Women are traditionally told to avoid eating or drinking during labour due to concerns they may aspirate, or inhale liquid or food into their lungs, which can cause pneumonia. Fortunately, advances in anesthesia care mean most healthy women are highly unlikely to have this problem today and when researchers reviewed the literature of hundreds of studies on the topic, they determined that withholding food and liquids may be unnecessary for many women in labour.

(Stress During Pregnancy May Cause Obesity in Kids)

"Physician anaesthesiologists and obstetricians should work together to assess each patient individually. Those they determine are at low risk for aspiration can eat a light meal during labour. This gives expectant mothers more choices in their birthing experience and prevents them from being calorie-deficient, helping to provide energy during labour," Harty pointed out.

A light meal could include fruit, light soups, toast, light sandwiches (no large slices of meat), juice and water. Most women lose their appetite during very active labour, but can continue to drink fluids such as water and clear juices, the researchers said.

The team analysed 385 studies published in 1990 or later that focused on women who gave birth in hospital. Thery found that aspiration today is almost nonexistent. The research suggests that the energy and caloric demands of women in labouring are similar to those of marathon runners, Harty said. Without adequate nutrition, women's bodies will begin to use fat as an energy source, increasing acidity of the blood in the mother and infant, potentially reducing uterine contractions and leading to longer labour and lower health scores in newborns.

Promoted
Listen to the latest songs, only on JioSaavn.com
(The Best Yoga Exercises for Pregnant Women)

Additionally, the researchers found that fasting can cause emotional stress, potentially moving blood away from the uterus and placenta, lengthening labour and contributing to distress of the foetus.

The findings were presented at ANESTHESIOLOGY 2015 annual meeting at San Diego, US.