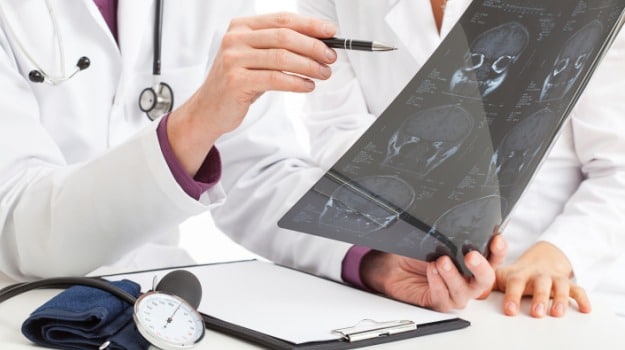 Normal cells in our body grow, divide and die following their natural process. But sometimes, this process could lead to the abnormal growth of cells which don’t die and keep on multiplying. This is what we know to be cancer.

A person can have various types of cancer like breast, cervical, skin, lung and many more. The type of cancer depends upon its location, how big the tumor is and where it has spread. Cancerous cells destroy healthy tissues as they make their way through the blood or the lymphatic systems.Cancer is caused due to many factors. Some of them include smoking, unhealthy diet and habits, overexposure to harsh sunlight and also the genetic makeup of a person. Some cancer causes remain unknown while other cancers may develop from more than one known cause.

Spending more leisure time sitting is linked with 10 percent higher risk of cancer, including breast and ovarian cancers in women, says a study led by an Indian-origin researcher. "The higher risk was present even after taking into account body mass index (BMI), physical activity, and other factors," said the study led by Alpa Patel from American Cancer Society. Over the past few decades, time spent sitting has increased due to several factors, including technological advancements, like computers and video games, and changes in transportation.

While women are prone to develop breast, lung, cervical and ovarian cancer, men on the other hand are prone to prostate, lung and skin cancer. Surprisingly, the study that appeared in the journal Cancer Epidemiology, Biomarkers, and Prevention, found no association between sitting time and cancer risk in men. "Longer leisure-time spent sitting was associated with a higher risk of total cancer risk in women, and specifically with multiple myeloma, breast and ovarian cancers, but sitting time was not associated with cancer risk in men," the study said.

The best way to treat cancer is to spread awareness and doing your best to reduce its risks because prevention is better than cure. While extensive research links physical activity to cancer prevention, few studies have examined the link between sitting time and the risk of specific cancers.

For their study, investigators compared leisure time sitting to cancer risk among more than 146,000 men and women (69,260 men and 77,462 women) who were cancer-free. The researchers found longer leisure-time spent sitting was associated with a 10 percent higher risk of cancer in women after adjustment for physical activity, BMI and other factors. The association was not apparent in men.

Promoted
Listen to the latest songs, only on JioSaavn.com
(This Kills More Women Than AIDS and Breast Cancer!)

"Further research is warranted to better understand the differences in associations between men and women," the study said.