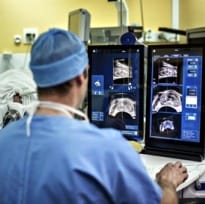 Men who are overweight or obese have a higher chance of developing an aggressive and potentially fatal prostate cancer, according to a new review of current research.

Being overweight and obese have been linked to a variety of cancers. "This is the ninth one as a result of this global analysis of the world's literature," said Kate Allen, executive director for science and public affairs at WCRF. "Yet we have this huge overweight and obesity problem."

The findings come from the Fund's Continuous Update Project (CUP), a rolling programme of analysis of the global scientific research into lifestyle factors that contribute to cancer. The prostate cancer review, in partnership with Imperial College London, analysed 104 studies involving more than 9.8 million men and over 191,000 cases of prostate cancer.

Although the links with obesity were strong, the review found the evidence on the beneficial and harmful effects of certain foods was less than previously thought. It has downgraded the evidence linking diets high in calcium to an increased risk from "strong" to "limited". Evidence that foods containing lycopene, such as tomatoes, are protective, has been downgraded from "strong" to "no conclusion possible". There is still limited evidence that a diet higher in dairy products increases risk, says WCRF.

Many prostate cancers are not aggressive or grow so slowly that they cause no harm in a man's lifetime. But others are highly aggressive and can kill. Screening is controversial, because the blood test known as PSA can predict prostate cancer but not differentiate between those that need treatment and those that do not. Since treatment carries the risk of severe side-effects including impotence, men are faced with a difficult choice.

The link between men's weight and aggressive prostate cancers could help GPs advise patients on screening. "With so much controversy over the merits of screening for prostate cancer, it is vital in primary care for us to understand which patients are most at risk of developing this disease and are therefore most likely to benefit from PSA testing," said Dr Jonathan Rees, a GP and chair of the Primary Care Urology Society.

"The findings of this review have significant implications: they add strength to the rationale for encouragement of a healthy lifestyle and control of weight, in terms of cancer prevention; they point us towards recognising overweight or obesity as a risk factor to take into account when discussing screening with patients; and they point us towards avenues of research that may help us to reduce the impact of this disease which kills over 10,000 men a year in the UK alone," he added.