Medication For Heartburn May Harm Your Kindeys 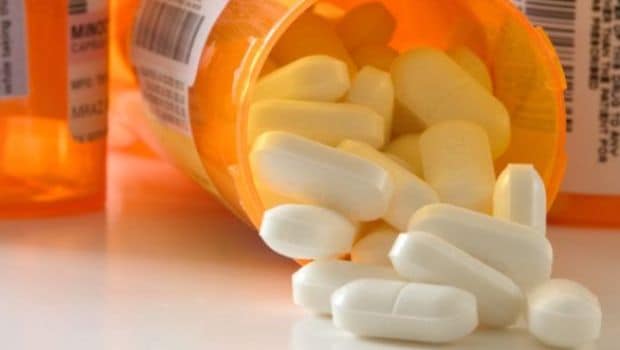 Highlights
Heartburn or acid reflux symptoms include chronic cough, pain and burning sensation in the chest. It is triggered by different reasons in different individuals such as certain foods, obesity, or even stress. Knowing your triggers can help prevent heartburn. Heartburn treatment may include medication, home remedies, or diet changes. Most people often rely on allopathic treatment for the same. A new study warns that the drugs for the treatment of heartburn can actually harm your kidneys.

The latest research shows that prolonged use of popular heartburn drugs may lead to serious kidney issues, including renal failure. A sudden on-set of kidney problem serves as a red flag for the doctors to discontinue their patients' use of proton pump inhibitors (PPIs), which are being sold under the brand names; Prevacid, Prilosec, Nexium and Protonix, among others. Researchers at the Washington University and the Veterans Affairs St Louis Health Care System, conducted the study by evaluating the use of PPIs in 125,000 patients. It indicated that more than half of patients who developed chronic kidney damage while taking the drugs did not experience acute kidney problems beforehand. In simple words, patients may not be aware of a decline in kidney function initially but it may lead to severe kidney problems over a period of time.

Ziyad Al-Aly, assistant professor, Washington University said that the onset of acute kidney problems is not a reliable warning sign for clinicians to detect a decline in kidney function among patients taking proton pump inhibitors. Professor Al-Aly added, "Our results indicate kidney problems can develop silently and gradually over time, eroding kidney function and leading to long-term kidney damage or even renal failure." "Patients should be cautioned to tell their doctors if they're taking PPIs and only use the drugs when necessary," professor Al-Aly said. PPIs brings relief by reducing gastric acid therefore, more than 15 million Americans suffering from heartburn, ulcers and acid reflux have prescriptions for PPIs and have been consuming it for a long time now. It is also widely being sold over-the-counter and without a doctor's prescription.

First author of the research, Yan Xie, a biostatistician, the St Louis - analysed data from the Department of Veterans Affairs analysed 125,596 new users of PPIs and found that 18,436 new users of other heartburn drugs referred to as H2 blockers. Other drugs are much less likely to cause kidney problems but often are not as effective as PPIs. The researchers found over 5 years of follow up that more than 80 per cent of PPI users did not develop acute kidney problems, which often are reversible and are characterised by too little urine leaving the body, fatigue and swelling in the legs and ankles.

Promoted
Listen to the latest songs, only on JioSaavn.com
However, in more than half of the cases of chronic kidney damage and end-stage renal disease associated with PPI use occurred in people without acute kidney problems. In contrast, among new users of H2 blockers, 7.67 per cent developed chronic kidney disease in the absence of acute kidney problems, and 1.27 per cent developed end-stage renal disease. When the kidneys can no longer effectively remove waste from the body results in end-stage renal disease. In such cases, dialysis or a kidney transplant is required to keep patients alive. The study appeared in the journal Kidney International.