Prediabetes is a Wake-up Call to Get Healthy 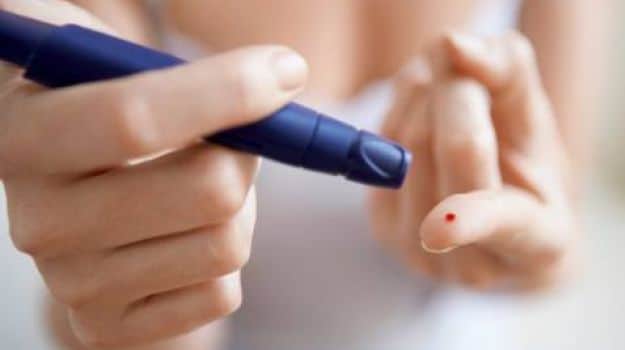 When I was in sixth grade, a friend approached me during recess. "When you're older, you're going to be really fat," she said. "Just look at all the junk you eat."

I stopped munching on my bag of nachos, thought of all the sugary treats I'd packed for snack that day and knew I was guilty as charged. But given my thin physique and fast metabolism, I didn't worry.

Ten years later, at the age of 22, those eating habits caught up to me.

After visiting my doctor for a checkup a few months ago, I received an alarming call from him: My blood sugar level was elevated; I needed to watch my glucose intake. In other words, I am prediabetic, and if I don't significantly decrease my sugar consumption, my body will react in a not-so-pleasant manner.

After a quick Google search, I discovered I am not alone. Approximately 86 million Americans - or 1 in 3 American adults - have prediabetes, according to the Centers for Disease Control and Prevention (CDC). Without weight loss and physical activity, 15 to 30 percent of these folks will develop Type 2 diabetes within five years, the CDC says.

Prediabetes, also known as impaired glucose metabolism, generally has no symptoms. However, people whose blood sugar level is higher than normal but not high enough to be considered diabetic should be tested for diabetes once a year, according to the American Diabetes Association.

People with certain risk factors are likely to develop prediabetes, according to the ADA. These factors include being 45 or older, being overweight and having a family member with diabetes.

As a 22-year-old, 5-foot-7 woman who weighs 110 pounds, I did not expect to find myself on the watch list. But my lack of regular activity and the genetic component of the condition (my grandfather and uncle both had diabetes) set off an alarm, given that full-blown diabetes can cause serious health problems including kidney failure and an increased risk of heart disease or stroke.

Given those risks, I was determined to do what I could to make sure "pre" did not turn into full diabetes. My doctor had already helped me take the first step in that direction.

"We know that a very simple risk test, a series of questions that you can take online or on paper, will give any individual an idea of whether or not they are at risk for developing diabetes. That recognition is critically important because if you don't suspect you're at risk, then you're not going to seek assistance," said Robert Ratner, the ADA's chief scientific and medical officer.

An intervention -- in the form of dietary changes, extra exercise and sometimes medication - can prevent the development of diabetes, Ratner said.

Nahrain Alzubaidi, an endocrinologist and nutrition specialist at Inova Fairfax Hospital in Virginia, suggests that people with prediabetes do 30 minutes of activity three to four days a week. She also said they should adopt a diet with whole-grain carbs; good protein such as fish, tofu and skinless poultry; and food rich in "good" polyunsaturated fats such as olive oil and avocado. She advises her patients to avoid red meat if possible and to be cautious about some dairy, such as whole milk, butter and rich cheeses, because these foods are high in saturated fat and may raise cholesterol and the risk of cardiovascular disease.

"We never say zero," Alzubaidi said. "We all have habits and we all have cultures or ethnic-background differences. It's individualized, so we always say in the beginning to at least cut down [on sugar and refined carbs] and find an alternative that is as satisfying as the original but with less amount of damage."

In January, the CDC, the ADA and the American Medical Association, in partnership with the Ad Council, launched a public-awareness campaign about prediabetes to get out the message that lifestyle and diet changes can reverse the condition. Critics say the effort is problematic because it focuses on individual behavior instead of on some of the larger societal problems of income inequality and poverty that make diabetes more prevalent in lower-income, minority populations.

Victor Montori, an endocrinologist at the Mayo Clinic in Rochester, Minn., said the campaign targets too many people who may have slightly elevated blood sugar but will never develop diabetes.

"The definition [of prediabetes] that is currently being used is very broad, and that broad definition makes it easy to find the people who are at risk, but unfortunately it classifies too many people as being at risk," he said.

Ratner and Alzubaidi agree that not everyone with moderately high blood sugar levels like me will develop the disease, but they said it isn't worth the gamble. Because diabetes remains the leading cause of blindness in working-age people and the leading cause of limb amputations and kidney failure, its prevention is critically important, they said.

"I guess the cynical way that I would look at it is not everyone who smokes cigarettes gets lung cancer, but the chance that you won't get lung cancer isn't really a good reason to continue smoking," Ratner said.

In my case, I amped up my exercise - I now walk about a mile or two every day near where I live - and got rid of a lot of junk food, with the aim to eat only whole grains, fruits, vegetables and fish. I also try to stay away from store-bought cakes and cookies as well as candy, chocolate and chips, although I don't always succeed.

I don't know if these changes have had any effect on my blood sugar level yet: I go in for a blood test later this spring. But I know these changes often improve one's blood pressure and cholesterol, among other things. And more important, I feel a lot healthier, a lesson I wish I'd learned way back in middle school.