Regular Exercise is the Best Medicine for Older Women 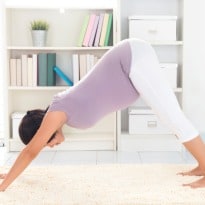 According to a recent study, regular exercising can prove to be significantly beneficial for women aged 50 and above. It can be as good as any medicine in reducing the risk of death.

"When once we thought that 30 minutes of mild exercise a day was enough to improve health, research is now telling us that older women should be doing at least 30-45 minutes of moderate to high intensity exercise five times a week," explained professor Debra Anderson from Queensland University of Technology, Australia.

"Older adults who undertake regular physical activity also report significantly less disability, better physical function and that is regardless of their body mass," she noted.

Comments "Doctors should develop exercise programmes that are home-based and easy to incorporate as part of everyday activities," Anderson concluded in a paper published in the international journal Maturitas.