Scientists Explain How Binge Drinking Can Lead to Alcohol Addiction 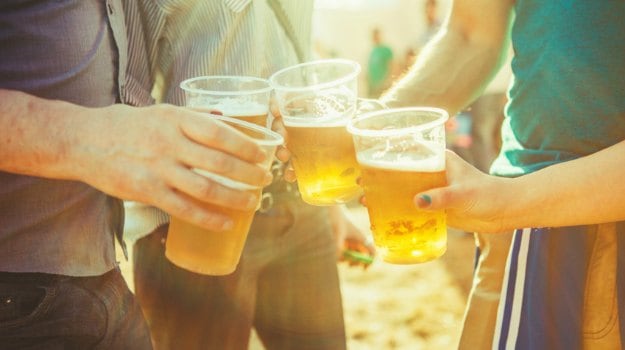 Scientists identified a previously unsuspected job performed by the enzyme named ALDH1a1 in mice. They showed that blocking ALDH1a1 activity caused mice's consumption of and preference for alcohol to rise to levels equivalent to those observed in mice that had experienced several rounds of the equivalent of binge drinking. Restoring ALDH1a1 levels reversed this effect.

"The discovery could help guide the development of medications that extinguish the urge to consume alcohol," said Jun Ding, assistant professor of neurosurgery.

A key finding in the new study is that in certain nerve cells strongly implicated in addictive behaviours, ALDH1a1 is an essential piece of a previously unknown biochemical assembly line for the manufacture of an important neurotransmitter called GABA. Neurotransmitters are chemicals that bind to receptors on nerve cells, promoting or inhibiting signalling activity in those cells.

GABA is the brain's main inhibitory neurotransmitter. Another neurotransmitter substance - dopamine - supercharges the machinery of the brain's so-called reward circuit, which is involved in addictive behaviour from cocaine, morphine and alcohol abuse to compulsive gambling. According to Ding, GABA's co-release with dopamine, and GABA's inhibitory character, may be what prevents everyday pleasurable sensations from causing most of us to become addicted to the behaviours that produce them.

CommentsMutations in ALDH1a1, he said, may predispose some people to alcoholism by disabling this brake on our reward machinery. His lab is now exploring whether the same molecular mechanisms may be at work in other forms of addiction.